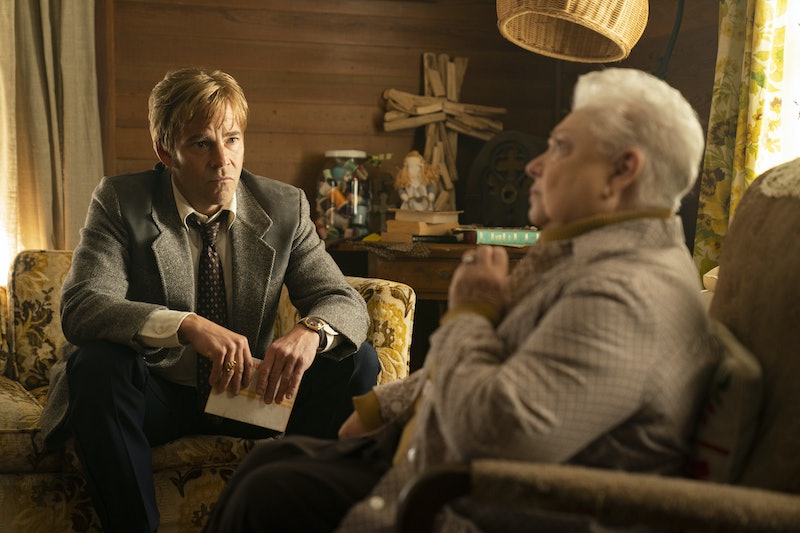 There's no such thing as an innocent person on True Detective, but there are those that are definitely more guilty than others. Despite the lack of wholly good people populating the third season of the anthology crime drama, only one can be guilty of the death of Will Purcell and responsible for the disappearance of Julie Purcell. However, some True Detective fans suspect that it's not a person behind the Purcell tragedy, but an entire family. There are several clues that the Hoyt family kidnapped Julie Purcell and are using their power and wealth to attempt to cover-up the abduction of Julie and the possible murder of Will.

The Hoyts aren't at the center of True Detective, but their machinations have shaped the small Arkansas town where most of the season's characters live. The Hoyt family owns Hoyt Foods, and seem to be the only wealthy family in a fairly down-trodden community. Lucy Purcell, mother of the missing children, worked the checkout line at Hoyt Foods and it's implied that several others are employed by the food empire as well. So why would the wealthy owners of a food company want a child that is not their own?

Clue #1: Who Else Can Afford A Nice Car?

A witness account of the day the Purcells went missing mentioned a particularly nice brown sedan being driven by a white woman and a black man going into, and eventually leaving, the woods in which Will Purcell's body was found. Most people in the area seem to be driving what can liberally be called "clunkers," so did the Hoyts use one of their own cars to perform the kidnapping?

Clue #2: They're Funding The Search

The Ozark Children’s Outreach Center is putting forth a $10,000 reward for information leading to the retrieval of Julie Purcell. The Ozark Children’s Outreach Center was founded by the Hoyt family after the family patriarch lost a granddaughter. The Hoyt family put out this reward without working with the very police who are trying to find Julie. Could the Hoyt fam be trying to grab a hold of any and all information so that they can suppress or pay off anyone who could lead to the fact that they kidnapped Julie? It's entirely possible.

Clue #3: There's Someone Julie Could Replace

The Hoyt family lost a young girl, who, judging from a picture seen in episode 3, was about Julie's age and had the same colored hair. If the Hoyt family wanted a child of their own in that girl's place, they may have convinced themselves that taking Julie from her family was a morally right thing to do, especially given her parent's tumultuous relationship and her reportedly predatory uncle. They may have even been right — but it appears as though something went wrong, resulting in Will being killed.

The Hoyt family has the motive and means to kidnap Julie Purcell, although Mr. Hoyt was said to have been on safari for weeks surrounding Purcell's disappearance. (Which is a really odd detail and alibi if you ask me.) However, just because Mr. Hoyt himself didn't kidnap Julie, that doesn't mean he couldn't hire someone to do so.

Perhaps a white women and a black man with one eye who work on his checkout line — their aggravated mother Lucy Purcell and Sam Whitehead — were paid more money than they could turn down to give Julie away? While fans won't know until the series' end who is responsible for Julie's disappearance, there is no doubt that the Hoyts are responsible for some of the strangeness going on around town.

More like this
'Killing Eve' & 'Doctor Who' Stars Just Joined The Cast Of 'True Detective' Season 4
By Brad Witter
How A Location Blunder Changed The Outcome Of 'The Capture' S2.
By Darshita Goyal
'House of The Dragon' Episode 6 Will Take Place A Decade After Episode 5
By Kadin Burnett
The ‘Emily In Paris’ Season 3 Release Date Is Here, Plus The First Footage
By Bustle Staff
Get Even More From Bustle — Sign Up For The Newsletter