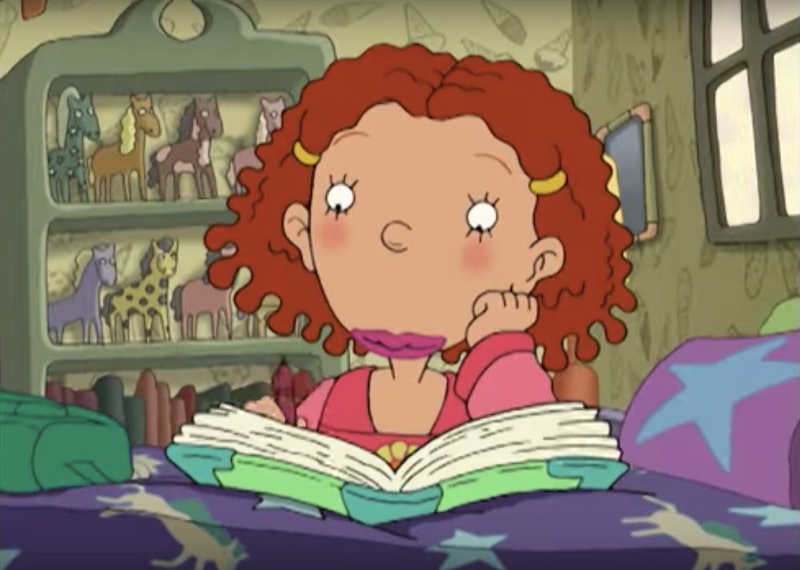 I know this is somewhat cliché, but it's absolutely true: They just don't make theme songs as good as they used to. And if you don't believe me, then all you need to do is have a listen to any one of the nostalgic TV show theme songs below. Taken mostly from shows which aired in the '80s and '90s, this is a collection of what could easily be considered some of the greatest TV theme songs of all time, and most notably, they're all guaranteed to give you some major feels.

It isn't just that these songs are entrenched in a wonderfully sentimental nostalgia (though that certainly helps), but also that they're evocative of specific times of your childhood. Hearing some of these theme songs can immediately bring back memories of that Saturday morning chilled feeling, the after-school adrenaline of replacing books for TV and potato chips, or of simply hanging out with parents, siblings, and close friends.

But more than anything else, one of the reasons why so many of these theme songs continue to be so memorable is because they're truly unique and amazing songs, written and performed by top-notch musical talent. With all of that in mind, I absolutely recommend that you go grab some milk, heat up some cookies, and indulge in some sweet nostalgia via some of the best TV theme songs of your childhood.

Come on now, say it with me, "Let's get dangerous."

So catchy that the phrase, "Go, Gadget, Go" was then a permanent fixture within your mind for all of eternity.

This is the first of many TV theme songs in this list which happens to be performed by absolute musical legends. I mean, TLC — are you kidding me? So good.

As soon as Coolio's theme song for Kenan & Kel would start blasting, you knew that it was officially time to forget about school, open some orange soda, and chill out.

Although the intro theme for The Powerpuff Girls was obviously tremendous in its own right, it's the end credit one which is by far the most evocative of those nostalgic feels.

I both love and hate this theme song in equal proportions. On the one hand, it's ridiculously genius. But on the other? Please, can somebody wrench it out of my head already?

8. The Fresh Prince Of Bel-Air

I don't need to tell you that this song is basically a nostalgic classic, do I? I thought not.

Proof that "looney" and "cartooney" make for tremendous rhyming buddies, regardless of what your English tutor had to say about it.

It's by the B-52's, for crying out loud. Which makes it one of the quirkiest and coolest theme songs of all time, in my humble opinion.

It was basically a prehistoric sitcom theme song framed by a '50s musical sensibility, which still totally works.

Confession: I am a grown-ass woman who sings this theme song to her cat because, frankly, it's a marvel.

Every other theme song which wasn't performed by En Vogue can go home, because this one was and it's the best.

14. Where On Earth Is Carmen Sandiego?

About as subtle as a world-renowned, high-profile thief who seems to think that a red trench coat and gigantic hat are totally stealth, this theme song is gloriously loud, proud, and cheesy.

I'm just going to say it how it is — theme song or not, this is probably one of my all-time, absolute favorite songs ever. Just hearing those opening notes makes me smile so much, you guys.

Don't even pretend like you don't still know all of the lyrics.

Just hearing Queen Latifah's theme song made you feel like a total grown-up as a child. Because in a '90s kind of world, you were just glad you had Latifah to guide you.

Probably the single, greatest animated TV show theme song of all time. It's as simple as that.

The Love Spit Love cover version of The Smiths' "How Soon Is Now?" felt dramatic, supernatural, and powerful. And hearing it today, it still manages to command some utter magic of its own.

Step 1: Listen to this theme song.

Step 2: Plan to take over the world.

Otherwise known as the one that your entire family would sing along (badly) to all at once. It was a people pleaser, that's for sure.

So wonderfully simple, and yet incredibly powerful. Hearing it makes me want to drink some juice and eat some cookies, like now.

This one goes to all those who came up with a dance routine to this song with their best friend. You know who you are, and you were most definitely not a dork for doing so.

And you still feel utterly compelled to pretend to ride a horse as you listen to it, right? Good. Not just me then.

May the phrase "he's a radical rat" echo through the halls of your memory for all time.

There's something about the Rugrats theme which irrepressibly reminds me of the glories of snack times and nap times like no other.

Macy frickin' Gray, ladies and gentlemen. It's a big song.

Just like those field trips taken in the Magic School Bus, this was no normal theme song.

Listen for an instant hit of delirious, nostalgic joy.

In all likelihood, Daria was an animated introduction to what you thought being a teenager might be like. Thankfully, it was pretty spot on, and if you were anything like me, then this theme song soundtracked many a labored commute into junior high.

Dramatic and diabolical and oh-so-much-fun.

35. Clarissa Explains It All

Whoever came up with the idea that the Clarissa Explains It All theme song should feature nothing but "na" and "alright" deserves a damn medal.

Still the sassiest theme song on the planet, and be honest, you still do the monkey at his command, right? Of course you do.

Though it was different every week depending on the guest star, it was always an absolute treat to hear.

And if you currently have the Animaniacs theme song swirling through your skull on an infinite loop, then my work here is done.