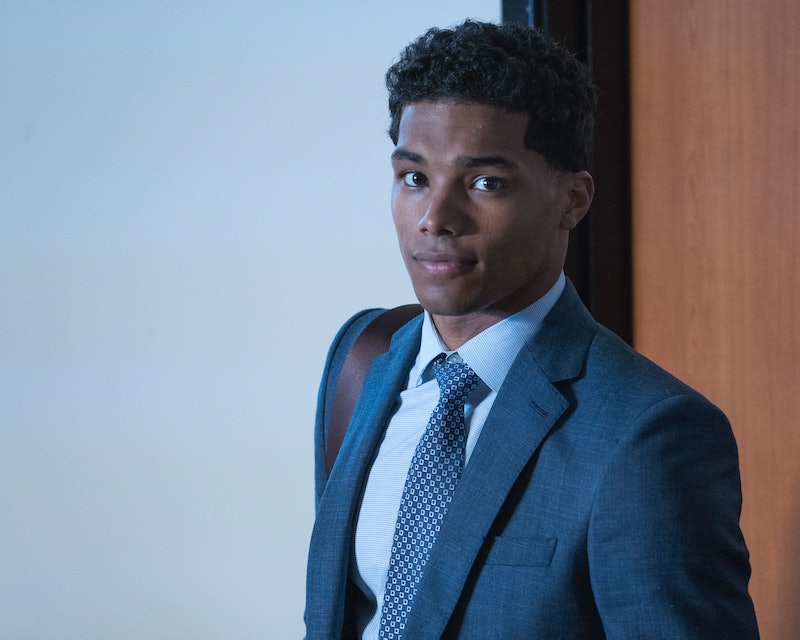 Grab the wine and popcorn, because How to Get Away with Murder is back for more twisty drama and heart-stopping action on Sept. 27. In case you forgot, Season 4 ended with Frank Delfino spotting Gabriel Maddox (Rome Flynn), a mysterious new college student who is apparently the son of an existing character. Frank then hops on the phone and calls an unknown person to let them know that “her kid’s here.” In true TGIT fashion, fans were left with virtually no clues about Gabriel and spent the summer speculating about his past. Which means the internet is teeming with ideas about who he is and why he's enrolled at Middleton. There are a lot of wild theories out there, but these particular Gabriel Maddox Reddit theories actually make some sense. Well, some of them.

Luckily, showrunner Pete Nowalk confirmed to TV Guide that the Gabriel questions will be answered in the first half of Season 5, so the countdown is officially on. And, he also hinted that Gabriel's attractive and flirtatious demeanor may be hiding a darker side. "Gabriel is extremely confident, he's very passionate about his beliefs — we'll find out what those are in the first episode," said Nowalk. "He's very cool, he's athletic, he's a little bit fly and a little bit dangerous. It's a really fun character to write and a really fun energy to add to the show." With all that in mind, here are four popular theories about who this guy really is.