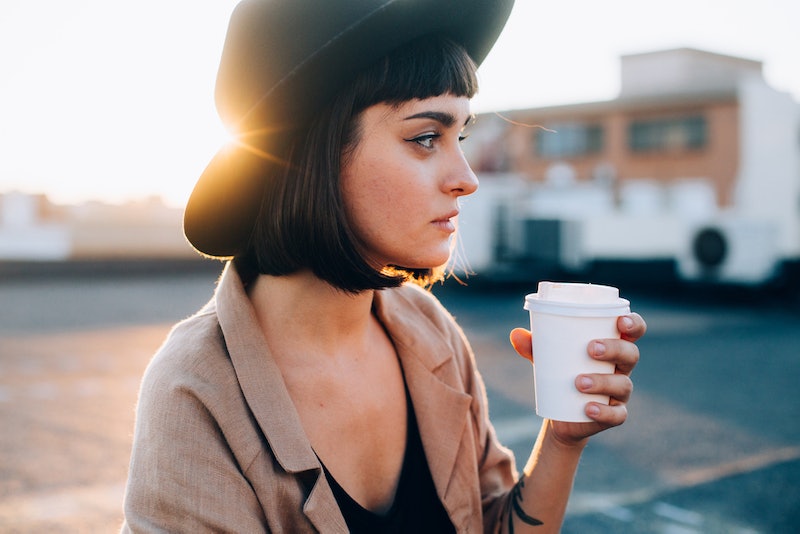 On Feb. 18, the sun moved out of Aquarius and moved into the zone of Pisces, launching us into the beginning of Pisces season. But don't worry about the new changes for the coming weeks: Pisces season is a dreamy, ethereal time that you should definitely take advantage of. This is a creative, intuitive season that will have you connecting to your more emotional side and laying the foundation for the months to come. Still, while everyone will be affected, there are some signs that will feel things a little less intensely, like the zodiac signs that Pisces season will affect the least.

There are some things that everyone can expect out of Pisces season. Cosmopolitan astrologer Jake Register says, "Even if you’re a pragmatic earth sign or an easy-going air sign, you might still feel unusually frazzled, sensitive, and indecisive. But for better or worse, you’re now way more tuned in to your feelings and the moods of others, not to mention your own needs. Be sure to stay grounded when it’s important." Pisces season has a tendency to put you so in your own head that you have a hard time coming out of it. You may find yourself feeling more introverted than ever before — that's normal.

Pisces is the last sign of the zodiac, which means that it signifies the end of the zodiac year. It's the dreamy ending before Aries season takes over in a much more bold, aggressive way — so enjoy this time while you can, basically. Pisces season is a great time to get more creative and to do things like meditate and connect to all of the emotions you'll be feeling. But if you want to know how you, specifically, are affected, Bustle spoke to astrologer Lisa Stardust, who filled us in on which zodiac signs will feel Pisces season the least.