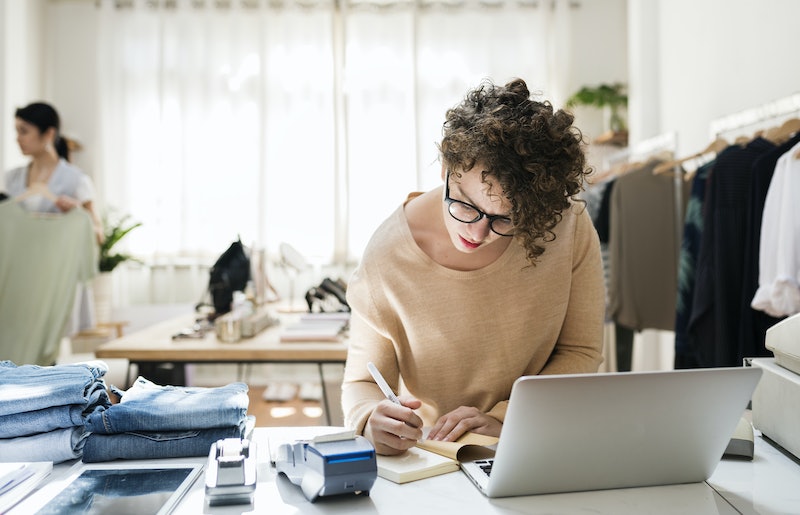 Spooky season indeed: things are about to get hairy as Mercury goes retrograde on Oct. 31. It's the last time the planet will go retrograde in 2019, and considering it's happening in the zodiac sign of Scorpio — a mysterious, sometimes chaotic sign — it's bound to cause some some problems in everyone's life. While Mercury retrograde isn't always quite as bad as people tend to think, it can still be a nuisance. Since Mercury is the planet that rules communication, it tends to make things super messy in that department... and that can get complicated, especially at work. In fact, it may be a time to reconsider what you're doing. There are even a few zodiac signs who should look for a new job during Mercury retrograde.

Here's the thing: Mercury retrograde is a time of mishaps and miscommunications, but also a time of reflection. When Mercury goes retrograde, what you want to do is take a step back and reflect on the past and everything that has been going on in your life. It's a time to really think about what you want to bring forward with you and what you want to leave behind forever. So, really, it makes sense that during this time, some people may feel like they want to leave their jobs in the past and move onto something new.

While it's generally advised not to make any huge decisions until Mercury is no longer retrograde — astrologers often recommend not signing any contracts or making any life-changing moves until things become much more clear — these zodiac signs might find that they have a stroke of luck if they begin a job hunt now versus later.

Bustle spoke with astrologer Lisa Stardust, who explained, "It's time to reassess and revisit former goals. An opportunity may resurface, offering us the chance to reconsider the option or opportunity in our professional careers." While you might not want to sign a big contract, Stardust encourages everyone to avoid saying "no" to anything new, adding, "Keep everything open and allow change to help transform visions."

Here are the zodiac signs who really need to allow for change, and might want to start thinking abut a new job: