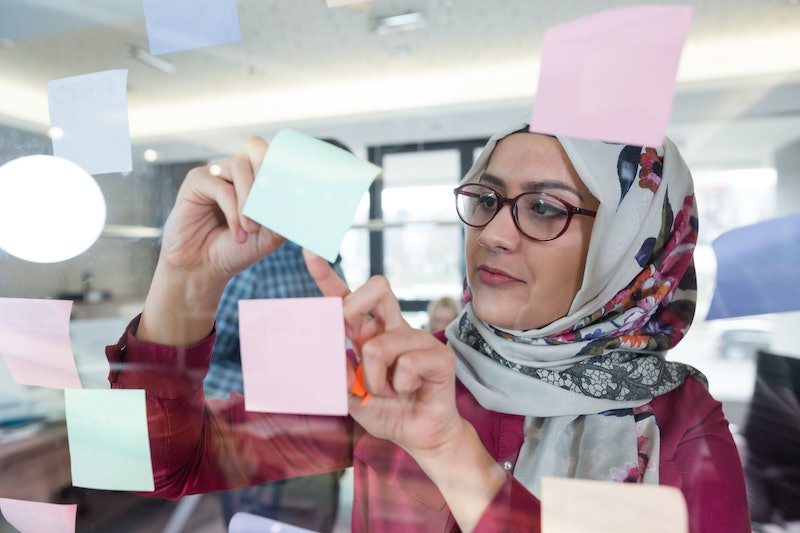 It's been a while since Mercury retrograde has come around to mess with our heads, our relationships, and, well, basically everything else. But don't stay too calm: Mercury retrograde will be back for the second time this year on Jul. 7, 2019, where it will stay that way until Jul. 31, 2019. That means a whole month of the summer will kind of feel like the world has been turned around and then placed upside down. Sounds exciting!

Mercury retrograde refers to the moment when the planet Mercury changes its orbit and appears to be moving backwards. It isn't, but that doesn't mean it doesn't effect all of us down here on Earth anyway. Mercury rules communication, travel, and technology, and when it's retrograde, all of these things are really affected... and since communication and technology are a big part of basically everything, it's not really a stretch to say that it can feel like your whole life is getting a little bit wonky.

So, it shouldn't be that surprising that Mercury retrograde can affect your life at work. The retrograde period is generally a time when you're advised not to make big decisions or to sign any contracts — avoiding both at work can be harder than it sounds, which could mean that you might be in danger of making the wrong decision that could affect you in the longterm. And because it affects communication, it's a time when people tend to say things they don't really mean, or heated conversations take place. Not a great mix with the workplace!

On top of that, this Mercury retrograde is happening during most of Cancer season, which is a water sign. Astrology.com shared that this means, "you’re likely to feel unusually susceptible to the moods of others or the nature of your surroundings." So, not only are you going to be feeling the effects of Mercury retrograde, but you're also feeling extra emotional and sensitive because of Cancer season.

What does this mean for your career? Bustle spoke with astrologer Lisa Stardust, who said, "The fixed signs will feel the heat of Mercury retrograde the most. Their careers will be affected by Mercury’s backwards spin this summer." Check out her horoscopes to find out exactly what to expect if you are a fixed sign: