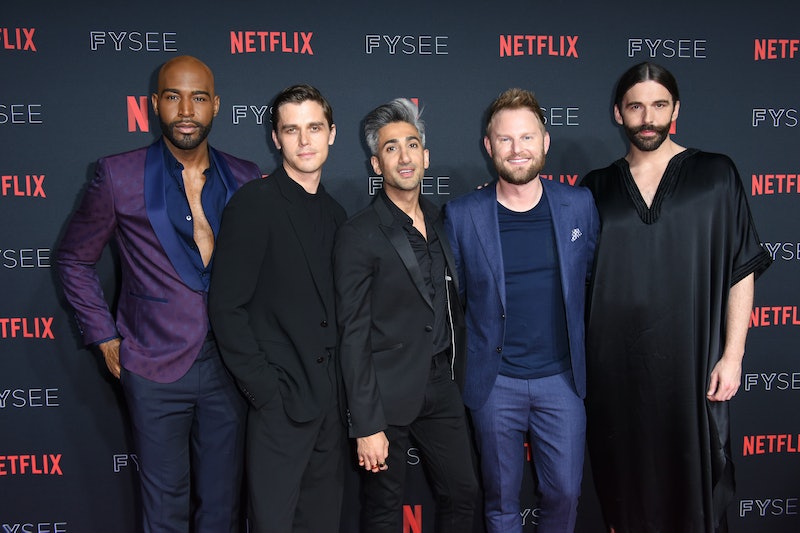 The fourth season of Netflix's Queer Eye just dropped on TV, but fans who have already marathoned their way through new episodes may be on the lookout for more entertainment approved by Antoni, Bobby, Jonathan, Karamo, and Tan. You can let your favorite Queer Eye star determine your next book using the short list of books below. Each title has been pre-approved by the Fab Five, so what are you waiting for? Get reading!

Queer Eye for the Straight Guy was history-making TV when it landed on Bravo in 2003. At the time, sexual contact between people of similar genders had only just been decriminalized across the country in Lawrence v. Texas, and many TV and movies were still incredibly, openly homophobic. To suggest, in 2003, that straight men should look to queer guys for advice on all aspects of their social lives was nothing short of revolutionary.

The original Queer Eye lasted five seasons, until 2007. In 2018, Netflix rebooted the series with an all-new Fab Five, and the show has enjoyed four fantastic seasons thus far, with the most recent block of episodes landing on streaming platform on July 19.

Check out the books your favorite Queer Eye stars have recommended below: