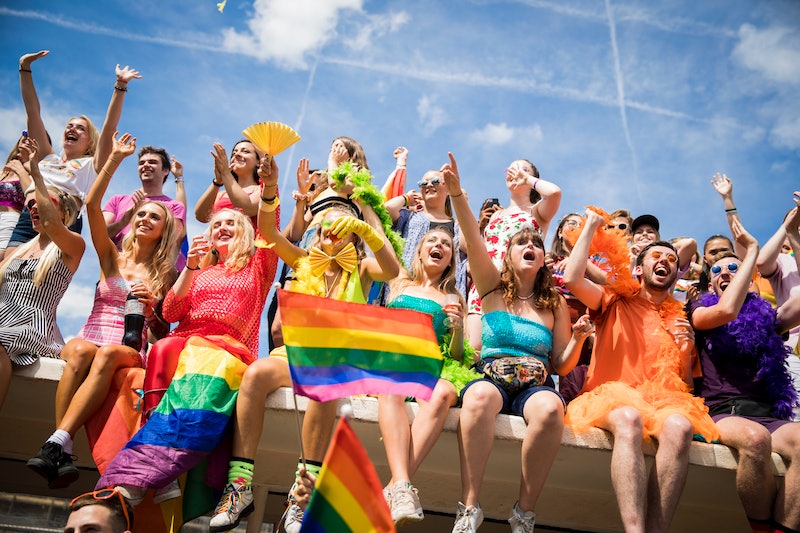 Pride season is upon us — which means a lot of much-needed attention is being given to the LGBTQ community. Not only will there be more parades and celebrations than you can shake a (disco) stick at, there are also a ton of companies that support the LGBTQ community this time of year. But, just as a puppy is not just for Christmas, the LGBTQ community is not just for Pride month. We're for life. So it’s important that allies come out and show their support all year round. Sometimes it’s easy for allies to get caught up in the rush of Pride celebrations and then tune out afterward. It's also really easy to assume that just because the people you are friends with aren’t homophobic or transphobic that nobody else is, either. But there’s still a long way to go before we reach equality, even if you don’t personally see prejudice against queer folk in your day-to-day life.

Especially now, when we live under an administration that has consistently threatened the rights of queer folk — and many other marginalized groups — it’s crucial to show your support. Luckily, there are some big name companies that come out to support the queer community year-in and year-out, not just when the rainbow flags start flying. If you make a conscious effort to be an ethical consumer — or you just like the idea of supporting a company that gives back — knowing where your money is going can make a huge difference. So here are five companies that support the LGBTQ community all year round, because we’re worth it.