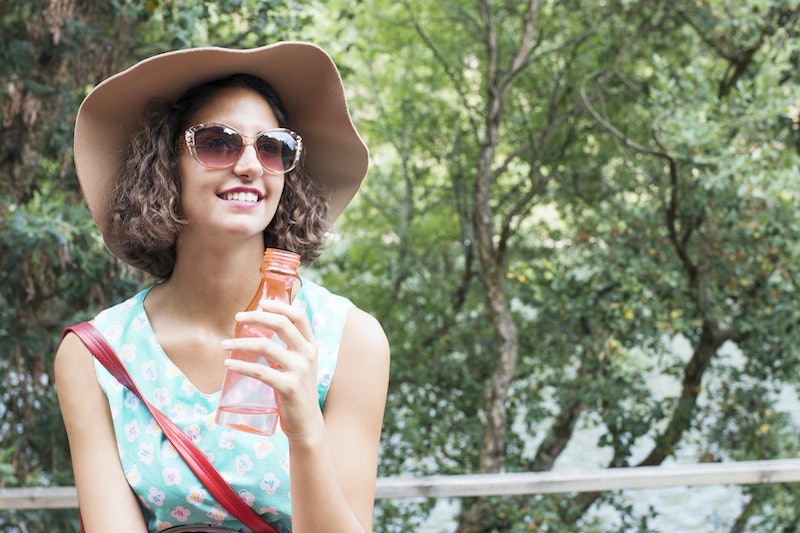 For the longest time, the general rule of thumb was that everyone should drink at least eight 8 oz. glasses of water a day. But then, in 2016, a study from Monash University found that most people were drinking too much water. The study cited that, although rare, water intoxication is real and fatal, and people should be wary of overdoing the drinking water thing. So, if that's the case, how much water is just enough?

According to the study, if we drink when we're thirsty, we'll probably get it right. But the problem is some people don't drink water when they're thirsty. Turning to coffee, soda, or even sports drinks isn't going to do the job that water does. In fact, a lack of water could cause dehydration — and you may not even realize it.

There's a long list of benefits to drinking enough water. From regular bowel movements, to a healthier complexion, to energizing muscles, to keeping your concentration in check, drinking water does a body good — even more so than milk. The only tricky part is, if you're not used to drinking water, figuring out how to make it part of your daily routine.

Here are five hacks that will get you drinking more water in two weeks.

More like this
Got Brain Fog? Here Are The Best Supplements For Memory & Cognition
By Carolyn Steber
I Tried The Air Up Water Bottle, Which Flavors Your Drink With Scents
By Carolyn Steber
This Psychological Effect Might Be Keeping You From Hitting Your Goals
By Lexi Inks
Why TikTok Is Obsessed With Caesar Salads Right Now
By Alexis Morillo
Get Even More From Bustle — Sign Up For The Newsletter