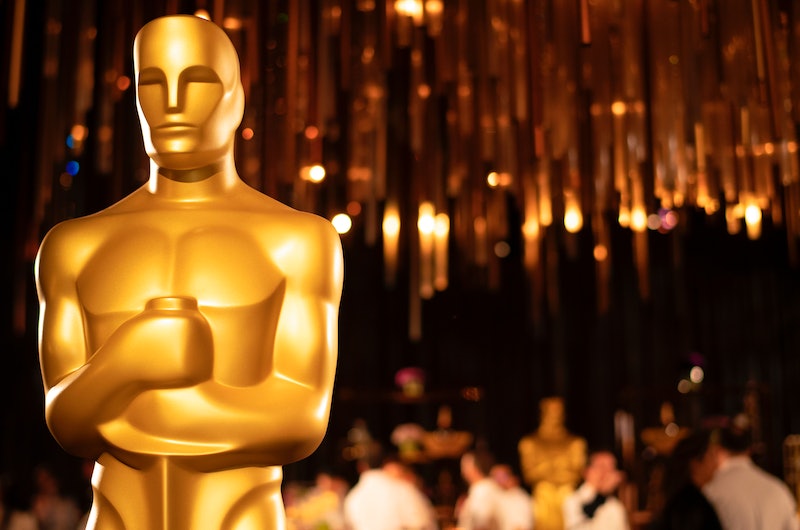 Another year, another batch of films made for white men, by white men. Five years after April Reign created the #OscarsSoWhite hashtag, the Academy Awards remain woefully un-diverse. But to help you better understand the importance of representation on the awards circuit, Bustle has compiled a list of books that explore the need for diversity at the Oscars, and in Hollywood as a whole. People of color have been present in Hollywood since the dawn of the 20th century, and it's high time that non-white actors and filmmakers got the recognition they deserve.

As Reign points out, the Academy and its defendants can't say that there weren't enough diverse films to nominate this year. Not only did female directors get snubbed at this year's Oscars, but only one actor of color, Cynthia Erivo (Harriet), received a nod from the Academy in 2020. Yet 2019 was full of Oscars-eligible films made by and starring people of color.

"Since I started #OscarsSoWhite," Reign writes in Variety, "the pushback has often been, 'Well, there just weren’t enough diverse films to nominate.' But that clearly was not the case in 2019, with films like Just Mercy, Us, Luce, Clemency, The Farewell and so many others. When we have this wealth of talent in front of and behind the camera, and they are still not recognized by what is considered the pinnacle in the industry, then we need to take a closer examination of who the Academy membership is, what the voting process is and see where we can make systemic change."

Here are six books you can read to understand why diversity at the Oscars is so important:

Part photo-book, part micro-history, Arthur Dong's Hollywood Chinese is an intensive examination of Chinese-American influence on Hollywood, from the film industry's inception to the present.

The Hollywood Jim Crow: The Racial Politics of the Movie Industry by Maryann Erigha

Reel to Real: Race, Sex, Class and the Movies by bell hooks

A collection of essays and interviews containing bell hooks' thoughts on cinema and its politics, Reel to Real examines what our favorite movies have to say about us as a society. From The Attendant to Waiting to Exhale, hooks has covered a lot of ground in this one, relatively slim volume.

Often ignored in discussions of diversity, Native American and First Nations creatives have been present in filmmaking since its beginnings. However, many early depictions of indigenous folks were stereotypical, applying an orientalist story to the lives of real people — as in Nanook of the North — or casting white actors to play roles in redface — as in The Last of the Mohicans and The Lone Ranger. Jacquelyn Kilpatrick explores Native American experiences and images in Hollywood in Celluloid Indians.

The Female Gaze: Essential Movies Made by Women by Alicia Malone

The 2020 Oscars snubbed women directors, so go ahead and pick up Alicia Malone's The Female Gaze, which examines women's contributions to cinema, from Hollywood's early days to the contemporary period.

The first Hispanic woman to win an Oscar, and the only Hispanic person to have attained a PEGOT — that's Peabody, Emmy, Grammy, Oscar, Tony — as of this writing, Rita Moreno has had a wildly successful career. But the West Side Story actress' path to stardom wasn't paved with gold. Read Moreno's story in her 2013 memoir.