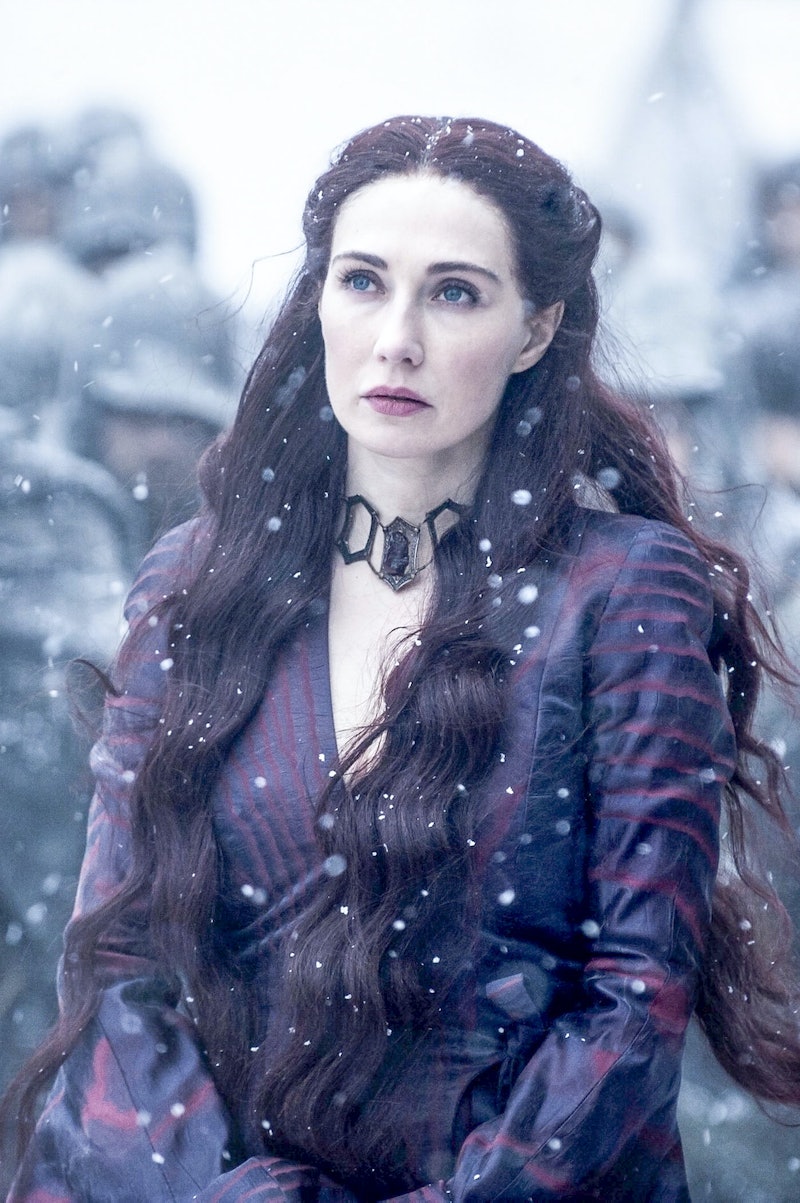 While there are plenty of prophecies woven into the history of the people of Westeros, the most important one is without a doubt The Prince That Was Promised, or Azor Ahai reborn. If you want to understand the Azor Ahai prophecy there are six Game of Thrones episodes that you need to rewatch as soon as possible, because you better believe Season 8 is going to serve up an answer to this particular mystery.

The legendary warrior will likely play a pivotal role in the final season since he originally saved Westeros from an eternal night. A prophecy states that he (or she) will come again to defend the world from the coming darkness, but even the followers of the Lord of Light can't agree on who is destined to be Azor Ahai reborn. The only thing that everyone seems to agree on are the vague circumstances that will surround the hero's second coming. In the books on which the series is based, Melisandre explains, "When the red star bleeds and the darkness gathers, Azor Ahai shall be born again amidst smoke and salt." They'll also "wake dragons out of stone."

As the show has demonstrated, this description could fit any number of people, but the frontrunners are Jon Snow and Daenerys Targaryen. And if you want to get into the nitty-gritty details of the prophecy and what it could mean for the end of the series, then these episodes are a good place to start.

In the Season 1 finale, Daenerys is literally reborn after walking into a fire and coming out unscathed. She also wakes dragons from stone, and reminds the audience that she's Daenerys "Stormborn" — she was literally born during a raging storm at Dragonstone, which is situated on a volcanic island (so she was born first amid salt and then again amid smoke).

The Season 2 premiere introduces Melisandre, a servant of the Lord of Light and expert on all things Azor Ahai. At this point in the series she's weirdly convinced that Stannis Baratheon is the Prince Who Was Promised, but that aside, she offers up important elements of the prophecy for the first time. Notably, she refers to Lightbringer, Azor Ahai's flaming sword, and predicts that the dead will march on the North.

Additionally, a red comet appears in that sky that some believe is a sign of Azor Ahai's rebirth.

Melisandre has a crisis of faith when her attempts to bring Jon back to life seemingly fail. But in the last seconds of the episode, Jon returns to living and becomes a contender for the title of Azor Ahai reborn. (He also becomes Melisandre's new pick for the title.)

A second Red Priestess, Kinvara, enters the picture in this episode, and she's convinced that Daenerys is the Princess Who Was Promised. "From the fire she was reborn to remake the world," she tells Tyrion. She also predicts that Daenerys will lead the army during the Great War.

Bran goes back in time and witnesses the birth of Jon Snow, who, funnily enough is born under a bleeding star — the sword of Arthur Dayne sports a star that leans against the bloody bed on which Jon is born. It's also clear at this point that the King in the North is a Targaryen, which makes his chances all the better.

Melisandre maneuvers in order to bring Jon and Daenerys together in "Stormborn," while Missandei makes a crucial revelation about the translation of the Azor Ahai prophecy. As she points out, the language is genderless, meaning it could be the prince or princess that was promised.

The Azor Ahai prophecy is mentioned throughout the series, but as the final season prepares to finally answer the question of who this legendary hero will be in the present day, these six episodes should be your first stop.