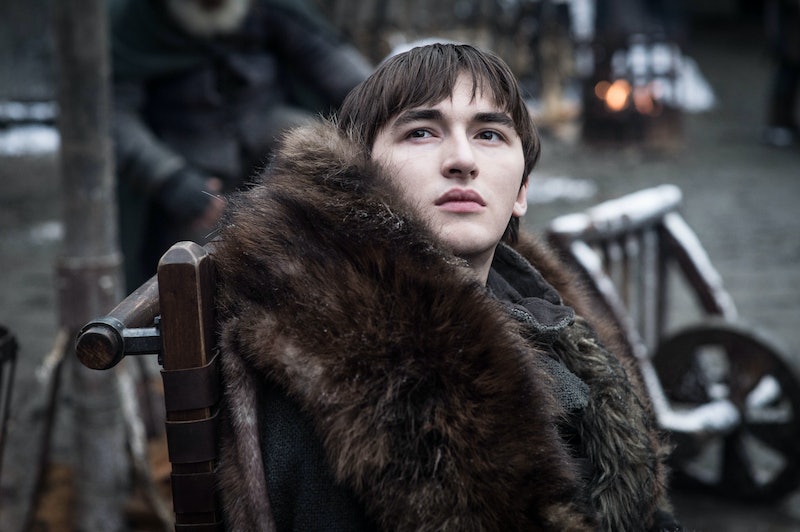 Anyone who's watched even one episode of That's So Raven knows that prophecies are never exactly as they initially seen. Even Lord Voldemort learned that the hard way in Harry Potter. So while multiple prophecies have cropped up on Game of Thrones, be careful how you interpret them as fans and which characters seem to think they've got it all figured out — because they don't.

These are just the prophecies that we've seen in the HBO adaptation, with some tidbits from the books thrown in as necessary. There are plenty more prophecies in the books. Many of those serve as the basis for fan theories. For example, the "three-headed dragon prophecy" has fans wondering if Jon Snow will ride a dragon. Cersei's killer, in the books, is predicted to be someone's "little brother," or so she thinks. Those aside, here are the big ones on the show that are still in play.

Azor Ahai, The Prince That Was Promised

Trying to figure out who this savior really is on Game of Thrones is a tremendously popular fan activity... but doesn't actually seem to matter that much to the actual characters. It's not something that the smallfolk are gossiping about in Fleabottom. It's not a concern of Cersei, or Red priests and priestesses like Melisandre, Thoros of Myr, and Kinvara are concerned with the rebirth of this character.

This second coming of an ancient hero involves a burning sword called Lightbringer, a birth from "smoke and stone" underneath a fallen star, and waking dragons from stone. Both Jon Snow and Daenerys Targaryen fit these requirements. In Season 7, Missandei revealed that the prophecy could be translated from Valyrian to refer to a prince or princess. Will any of our favorite characters fulfill this destiny and save Westeros? Who can say.

Oh, and, there's also a theory that Azor Ahai and The Prince/ss Who Was Promised are two different people. Great.

This prophecy Cersei received as a child has basically come true:

“You will never wed the prince, you will wed the king. [...] You will be queen, for a time. Then comes another, younger and more beautiful, to cast you down and take all you hold dear. […] The king will have 20 children, and you will have three. Gold will be their crowns, gold their shrouds.”

All three of her blonde children have now died. Over and done, right? There's just one catch. Cersei's pregnant a fourth time, or claims to be. That wasn't in the proverbial cards for her. There's also a theory that Cersei is Gendry's mother, which derails not only this prophecy but all of Ned Stark's DNA detective work in Season 1.

At long last, Daenerys Targaryen has found her way home to Westeros. Once everyone deals with the Night's King, she's ready to conquer and rule as Queen. However, as far as she knows she can't have children. That doesn't say anything about her worth or potential as a ruler, of course. However, unless she and Jon adopt, or name an heir, this puts the future of House Targaryen in jeopardy.

The only thing that change that is a little thing a witch said to her in Season 1 after Khal Drogo died, the conditions under which her first husband would come back to life. In the books, these conditions are also tied to Danerys' ability to conceive. That's implied in the show, as the witch's use of blood magic seems tied to Dany's belief that she can't get pregnant. This is what the witch says:

"When the sun rises in the west and sets in the east. When the seas go dry and mountains blow in the wind like leaves."

At the time, that seemed like a snarky thing that the witch was saying. A kind of "when pigs fly" or "when hell freezes over" type of thing. However, what if this was a particularly poetic prophecy?

So this "prophecy," if it even is one, might be worth investigating. For example if the sea freezes, that's a type of dry. Keep that in mind as Season 8 begins. Dany's son with Drogo was prophesied to take over the world, after all.

Banished from Westeros, Melisandre made one final prediction before trucking it back to Essos. She told Lord Varys that after bringing ice and fire together, she was done "whispering in the ears of kings" — but would return to Westeros once more. “I have to die in this strange country," she said. "Just like you.”

Why is Melisandre (and Varys, for that matter) destined to die in Westeros? Will any of these prophecies amount to anything in Season 8? Game of Thrones has always been about that unrealistic twists and turns. If Ned Stark had ignored a warning about his death, it wouldn't have been as heartbreaking. If the Red Wedding had been prophesied, there wouldn't be so many shocked reaction videos on Youtube. It seems fruitless to believe that anyone can be saved by a prophecy on this show — but until the series finale airs, we might as well keep guessing.