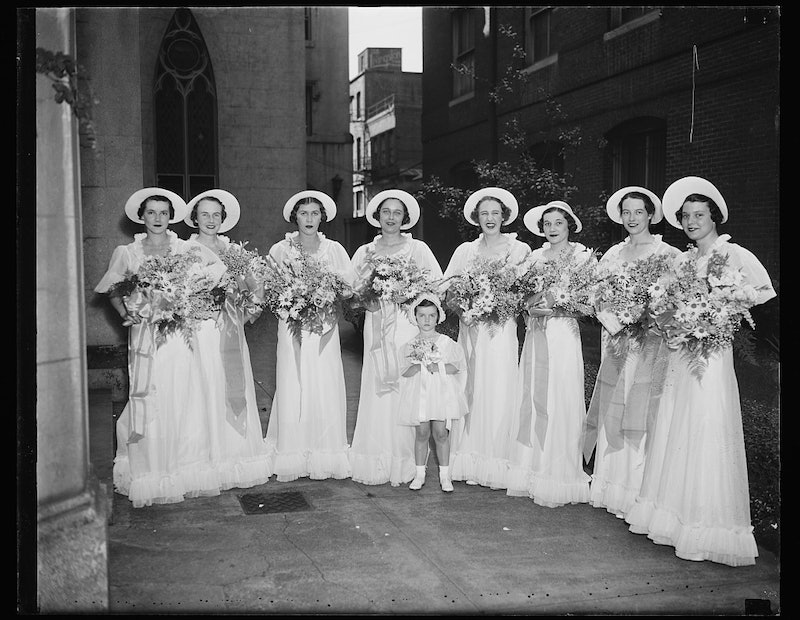 What makes for a feminist marriage? It's not just about discussions around taking a different last name, or who's on garbage duty. Marriages are what you make them, and when you come back down the aisle with a ring on, you're often assailed with marital advice and expectations that have deeply sexist roots — even if nobody realizes it at the time. From beliefs about nagging and arguments to "rules" about sex and female friendships, many of the ways we conceive of marriage in the modern day carry deeply antiquated views of gender and female roles, and deserve to be more closely interrogated. There are tons of old fashioned marriage "rules" that, when you think about it, are hugely anti-feminist — but that, for some reason, we're still following today.

Many people eschew marriage because they believe it to be a patriarchal institution — I was in that boat for a long time — but ideas drawn from patriarchy and sexism can infiltrate any long-term partnership, whether it's in a homosexual or heterosexual relationship. (Gender roles are really pesky like that.) Frankly, getting past deeply ingrained ideas about what a "good" relationship looks like can be tough, particularly with the s-word, spouse, attached, but there's always scope to make a relationship more feminist and equal. And if you've been unintentionally clinging close to these ideas without realizing how they might be damaging, now's the time to sweep them out into the dust.