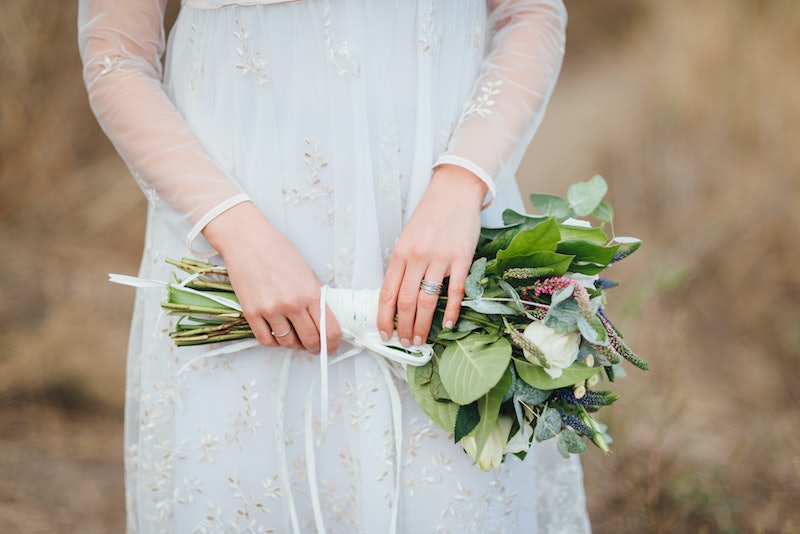 Weddings can be the happiest day of your life, but they can also be incredibly anxiety-inducing or even disastrous. You may be silently praying your Aunt Gladys doesn't make a toast, or heck, that everything goes smoothly when Prince Harry and Meghan Markle tie the knot this coming May. But creepy things can happen at weddings too — like, will make you not want to sleep creepy, or otherwise bizarre. You think being swooped by an owl in the middle of a ceremony is odd? Try kidnapping a nun for a bride, or getting into a fistfight because the local church wants you to play-act your wedding.

As Prince Harry and Meghan Markle will no doubt love to hear, nobody did scandalous, incredibly odd, or simply creepy weddings like royal families. But the history of wedding oddities actually includes quite a lot of non-royals, too. Rich or poor, people throughout the centuries have shown they're fully capable of turning their nuptials into something dramatic or just out-and-out bizarre. Don't ever let anybody tell you that being weird and frankly dangerous at a wedding is the exclusive province of the nobility.