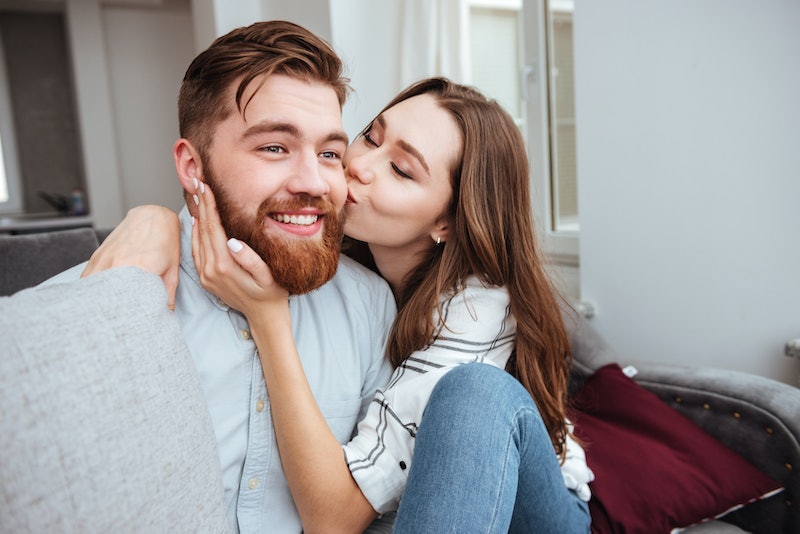 Naturally everyone makes mistakes in a relationship from time to time. One thing that I've recently realized is especially scary? Screwing up when you're just starting to date someone new. Brand-spanking-new relationships are equal parts fun and terrifying: you're super excited to get to know someone and see where things go, but you're also low-key terrified that something will get effed up along the way. So what's different about making a mistake only weeks into a blossoming relationship?

"The biggest difference between making an early mistake in a relationship as opposed to one later is that in a healthy long-term relationship, trust has been established," Dr. Jason Whiting, author of Love Me True: Overcoming the Surprising Ways we Deceive in Relationships, tells Bustle. "Long-term partners know that the other has their back and they aren't going to abandon or deliberately hurt them. So a mistake there is more easily fixed, and the conversations are usually easier to have."

Simply put, it sucks to make a mistake early on because your new-ish beau doesn't yet know you well enough to judge whether something you do is a one-off lapse in judgment, or a revealing glimpse of your true behavior. While some people might be more forgiving early on in a relationship, there's also the reality that when you've only invested a short amount of time, some people might find it easier to cut-and-run instead of working things out.

"Usually early mistakes are misunderstandings because the couple is still getting to know each other," Whiting says. "They don't have the long-term knowledge of each other's humor, background, or communication style, so they are more likely to jump to conclusions." But there's a big difference between minor mistakes or miscommunications and more serious red flags to watch out for in a new relationship. Controlling or manipulative behavior, extreme jealousy, or always needing the last word during an argument can be indicators that your partner is toxic.