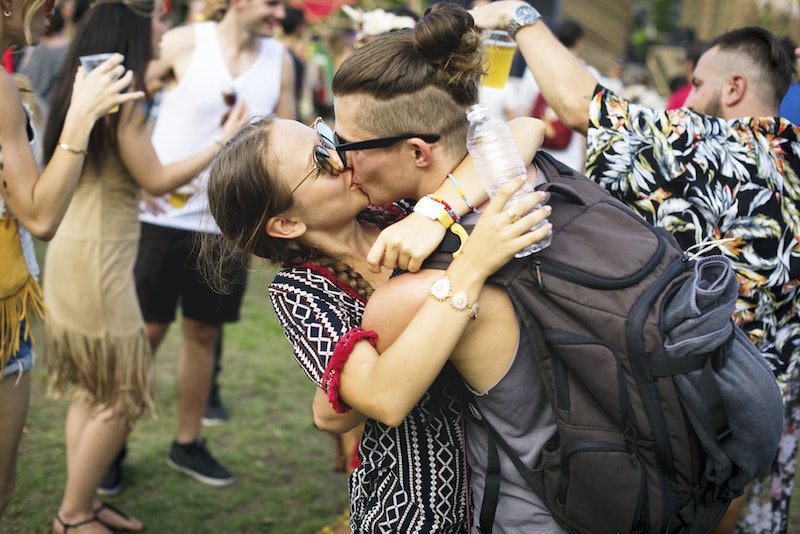 Rawpixel.com/Fotolia
By Lea Rose Emery
May 7, 2018

When you think of great locations to have sex outside the bedroom, you probably think of the romantic classics — the beach, a hot tub, maybe even the back of a car. What you don't think (probably) is to have sex right in a terrifying box that is also a bathroom being used by thousands of strangers. And yet — and yet — new data shows that 9.4 percent of people who have had sex at a festival have done it in a port-a-potty. Yup, about 10 percent of people who decided to get down to the music said to themselves; "Let's do a vigorous physical activity in a smelly box that, if we knock it over, will cover us both in poop." Ah, young love.

But portable bathrooms were only the choice for 9.4 percent of people. Here were the top sex festival locations, because a surprising amount of people are just going for it in the crowd.