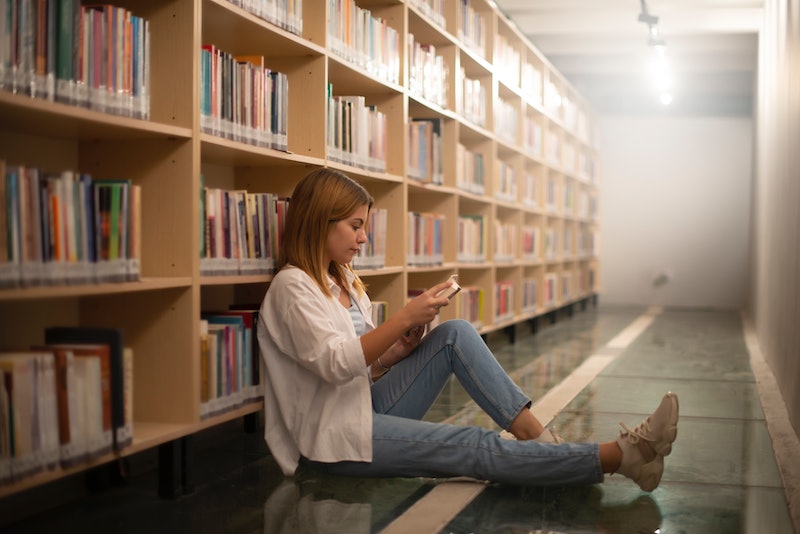 I grew up down the street from my local library, so I spent a lot of my childhood there, either hidden away in the stacks reading books, using the internet to access Myspace, or meeting up with friends to work on school projects. I've always understood the value of such an institution, but in today's current climate of untruths, intolerance, and ignorance, it's becoming clear that libraries are essential, now more than ever.

2017 has been dubbed by many the year of resistance, and over the past three months, the country has seen that play out in an increasingly interesting number of ways. There's been no shortage of protests, marches, and strikes, but aside from the traditional demonstrations of civil disobedience, people across the country have come up with new and surprising ways to speak out against the dangerous political agenda of the current administration and stand up for their rights and the rights of others. There have been movements to bury the White House in books, a nationwide call to action for women to get involved in politics, and so much more. While millions of individuals have gotten involved in the resistance, entire institutions have dedicated themselves to it, too, including many libraries around the U.S.

Despite what you may hear about the death of print books and the lack of interest in libraries, there are actually more public libraries in the U.S. than there are Starbucks. More than just storage spaces for books, libraries are important community hubs that serve as centers of learning, professional development, healthcare, and now, resistance.

In today's political climate, libraries have become centers for the movement that supports women, immigrants, people of color, the LGBTQ community, and those facing religious persecution. They are free public spaces that allow everyone to feel safe and to find opportunity. Now, more than ever, they are vital American institutions, and here are seven reasons why:

More like this
Charlene White & MPs Lead Tributes For Bristol Bus Boycott Organiser Roy Hackett
By Sam Ramsden
Josh Peck Shows Love To Jennette McCurdy After Her Shocking 'iCarly' Revelations
By Radhika Menon
We’ve All Had Bad Sex. Nona Willis Aronowitz Is Talking About It.
By Sophia Benoit
Emma Mackey *Is* Emily Brontë In The First Trailer Of The Biopic
By L'Oréal Blackett and Sam Ramsden
Get Even More From Bustle — Sign Up For The Newsletter