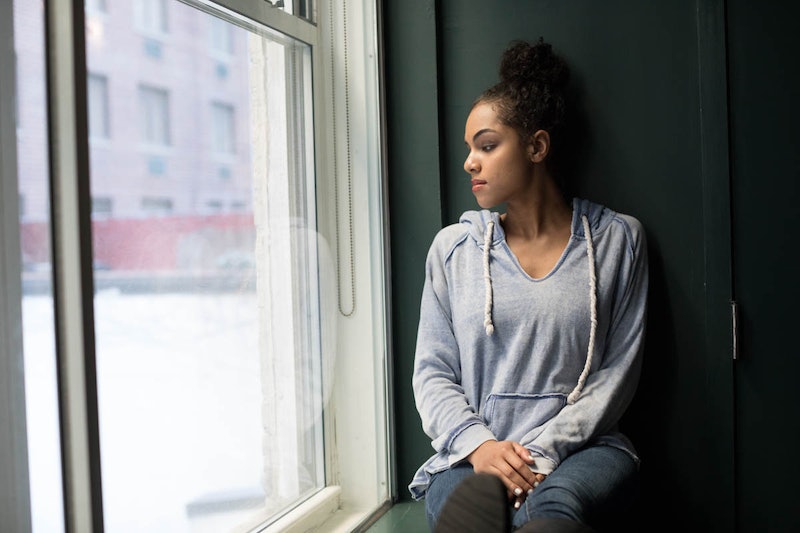 Most of us don't like to be alone, but some people have such a fear of being by themselves that it takes over their life. If someone severley struggles at the thought of being by themselves, they may be exhibiting some signs of Dependent Personality Disorder. This disorder typically presents itself in young adulthood, and it is characterized by a pervasive fear of being alone that it leads to codependent behaviors in the person affected.

"Do you know someone who jumps headfirst into a relationship after another ends? Or hates to be alone? They can't make decisions without their partner's input or is always putting themselves down? These are some of the signs of Dependent Personality Disorder (DPD)," Lauren Keegan, a psychologist at ParentingPod.com, tells Bustle. "In adults, DPD is a condition where someone has a long-lasting and excessive need to be taken care of by someone else — usually by a romantic partner, but it could also be a parent. It typically leads to submissive and clingy behavior and an intense fear of separation."

Some people just enjoy having company, but when it impedes on their life, it is likely something more. Here are seven signs that someone has Dependent Personality Disorder, according to experts.