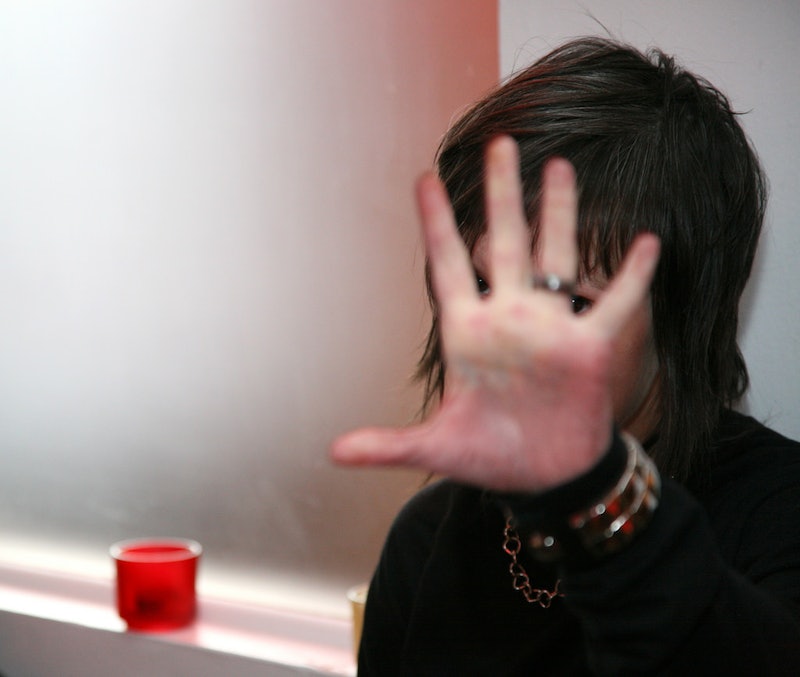 Can we talk about mansplaining for a minute? If you're a woman or a non-binary person, chances are good you've been a victim of it. I know I have. It can be tough to know how best respond to a mansplainer; after all, blind rage isn't really productive. These seven ways to respond to mansplaining, however, offer an alternative to drowning in a sea of frustration.

While mansplaining has been around since the dawn of time, it wasn't until Rebecca Solnit published her 2008 essay, "Men Explain Things To Me" that the term itself became part of our lexicon. If you're not sure what it means, mansplaining is when a man explains something to someone, usually a woman (but it can happen to men and non-binary people too), in a manner that is condescending or patronizing — and often when the person getting mansplained at has a level of expertise in the subject that the mansplainer may actually lack. Sound familiar?

Although mansplaining can happen anywhere and at any time, it frequently happens to women at work. And, of course, I have a story about just that: I remember when a company I worked for got a new boss. He met with each of his team members individually, and when it was my turn, he spent the majority of our time together explaining my job to me (a job I had successfully performed for more than four years), despite having no actual knowledge of what my job actually entailed. I remember leaving the meeting feeling disoriented and confused. It took me a few months to realize he was mansplaining.

I often think, how could I have responded in that moment? Since we rarely get do-overs in life, here are seven ways to respond to mansplaining the next time it happens to you.

More like this
25 Quotes About Love To Share During Pride Month 2022
By Madeleine Aggeler and Emma Garza
What The History Of Pride Month Means For Celebrations Today
By Jay Polish
Is TikTok’s “Villain Era” Trend Just An Excuse For Bad Behaviour?
By Chanté Joseph
7 Gun Control Advocates To Follow On Twitter
By Madhuri Sathish-Van Atta
Get Even More From Bustle — Sign Up For The Newsletter