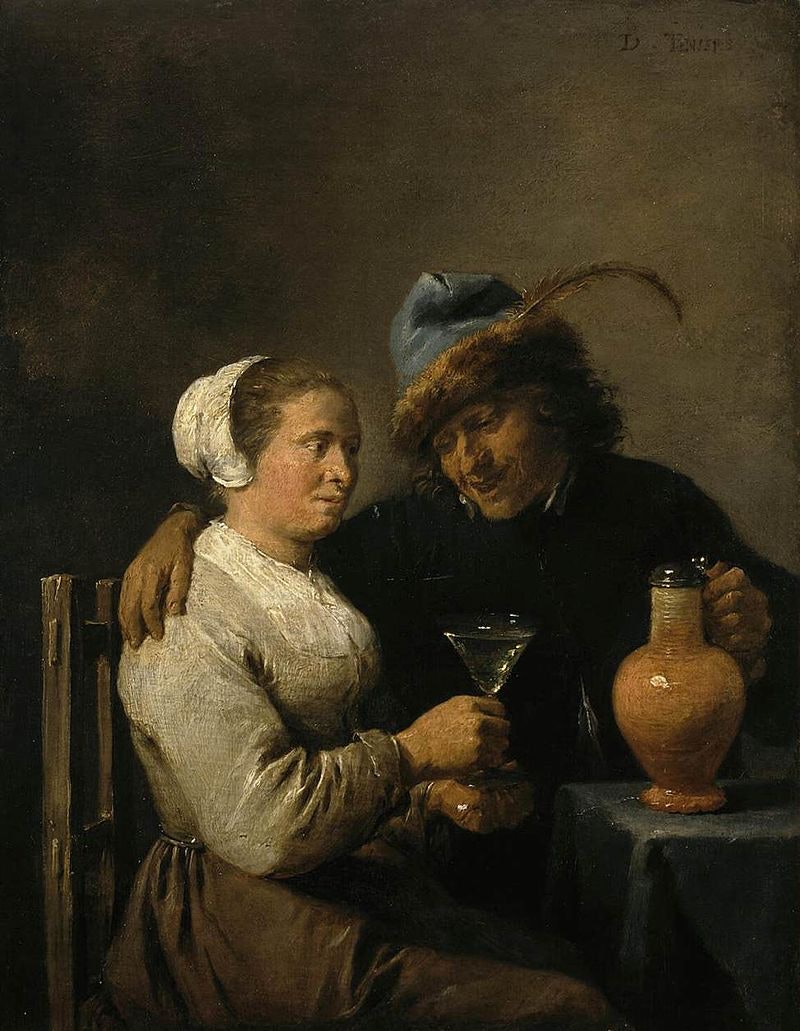 In recent years, I don't think anything has done more to call out condescending dudes than the development of the word, "mansplaining." In case you're unfamiliar with the term, "mansplaining" first rose to prominence when Rebecca Solnit published her amazing essay, Men Explain Things To Me . In the essay, Solnit recounts the time when a man actually attempted to explain her own book to her at a dinner party.

Today, "mansplaining" has become a standard term for that moment when a man takes it upon himself to inform a woman about a specific topic — even if that topic is relating to her own work or her own experience. But while the term, "mansplaining" may be relatively new, the act of mansplaining is literally as old as time.

The main problem with putting together any history of mansplaining is that men haven't bothered to address their remarks to women for a great deal of Western history. Men wrote treatises in the expectation that they would be read and understood by men, who'd then go on to explain these theories to women in their own long-suffering time. One such example of this is the renowned 19th century German philosopher Arthur Schopenhauer's nauseating and misogynistic essay On Women. Men weren't talking to women: They were talking above them and around them. Or, they were ignoring women altogether, and directing their remarks to male ears.

1. John Wesley Tells His Wife She'll Like Being Insignificant, 1774

Do not any longer contend for mastery, for power, money, or praise. Be content to be a private, insignificant person, known and loved by God and me. Attempt no more to abridge me of the liberty which I claim by the laws of God and man. Leave me to be governed by God and my own conscience. Then shall I govern you with gentle sway, and show that I do indeed love you, even as Christ the Church.

This gem comes from the letters of John Wesley, founder of Methodism and spouse to a very spirited wife. A wife who, according to his letters, had a serious jealousy problem. Evidently, Wesley thought mansplaining would help his marriage. One of Wesley's responses to his marital upheaval was the above attempt to mansplain to his wife why she should stop being a loudmouth and settle down — because he clearly knew what was best for her and their marriage. Ugh!

Depend upon it, we know better than to repeal our masculine systems. Although they are in full force, you know they are little more than theory...We are obliged to go fair and softly, and, in practice, you know we are the subjects. We have only the name of masters, and rather than give up this, which would completely subject us to the despotism of the petticoat, I hope General Washington and all our brave heroes would fight.

President Adams, as The Atlantic points out their article on mansplaining, was actually meant to have a pretty great and equal relationship with his wife, Abigail, who famously wrote to him about including women's rights in the Constitution. His response, in which he tells her he knows best and that "masculine systems" are by far the best idea, is basically Mansplaining About Women's Experience 101.

3. Charles Darwin Kindly Explains To Female Artists That They're Crap, 1871

The chief distinction in the intellectual powers of the two sexes is shewn by man attaining to a higher eminence, in whatever he takes up, than woman can attain - whether requiring deep thought, reason, or imagination, or merely the use of the senses and hands. If two lists were made of the most eminent men and women in poetry, painting, sculpture, music, comprising composition and performance, history, science, and philosophy, with half-a-dozen names under each subject, the two lists would not bear comparison.

The Descent Of Man, Darwin's 1871 publication about sexual selection, has some insultingly sexist ideas in it, but the mansplaining comes into full force in this bit, where Darwin states quite clearly that women artists (or thinkers, or whatever) can't compete with dudes. To add insult to injury, this photograph of him was taken by Julia Margaret Cameron, one of the artistic pioneers of photography. Oh, the irony.

4. British MPs Explain To Women That They Don't Really Want The Vote, 1906

From the Hansard records of the Parliamentary Debates, 1906, we have Samuel Evans, QC:

Women would be neglecting their homes if they came into the House of Commons, and when they would be compelled to attend public meetings and to read all the newspapers and Blue-books and other dry documents, so as to fit themselves for the franchise. In no country in the world except in some of our Colonies had women enjoyed such rights and privileges of citizenship.

And in the same debate we also have Mr. William Randall Cremer:

There were times and periods in women's lives when they required rest not only for mind but for body, and to drag them into the political arena under these conditions would be cruel indeed. There were also periods, particularly in a married woman's life, where it would be absolutely impossible for her to discharge her duties as a Member of this House... What influences would be used by women on men and men on women in order to secure votes?

Bear in mind that these were public debates in British Parliament about women's suffrage, in which suffragettes and activists for the vote crowded into the galleries and frequently interrupted the speeches with indignant yells. As you damn well would, if a dude were explaining to you that you need to go lie down once a month, that you don't want to read "dry stuff" about politics, and that you'd probably try to seduce people for votes.

As we talked, Thomas A. Edison, doubtless the greatest inventor of all time, said some things which may offend the woman of now, but he said others so appreciative and inspiring that they will surely wipe offence away. He declared, without reserve, his concord with the suffrage workers; he explained that woman as she is, and speaking generally, is an undeveloped creature and - here is where the women's wrath will rise at first - vastly man's inferior. But he went on to say that anatomical investigation of the female brain has shown it to be finer and more capable of ultimate aesthetic development than man's, and he explained that development is undoubtedly, at last, underway.

This one is just amazing. It's an interview done with Thomas Edison by Edward Marshall for Good Housekeeping Magazine's October 1912 edition, and it's double mansplaining. Edison is mansplaining that women don't have men's intellectual capability, and Marshall is mansplaining that you're not actually offended as you read this; you're just briefly annoyed. Despite the fact that, later on in this same interview, Edison said that "direct thought is not an attribute of femininity." I know he invented the entire electric utility system and all, but what a tool!

More like this
16 Novels That Paint A Realistic Portrait Of Abortion
By K.W. Colyard
5 Ways To Stand In Solidarity With Women In America From The UK
By Sophie McEvoy
How To Fight For Reproductive Rights, Based On How Much Time You Have
By Courtney Young
5 Gripping Books To Read From Women’s Prize For Fiction Winner Ruth Ozeki
By El Hunt
Get Even More From Bustle — Sign Up For The Newsletter