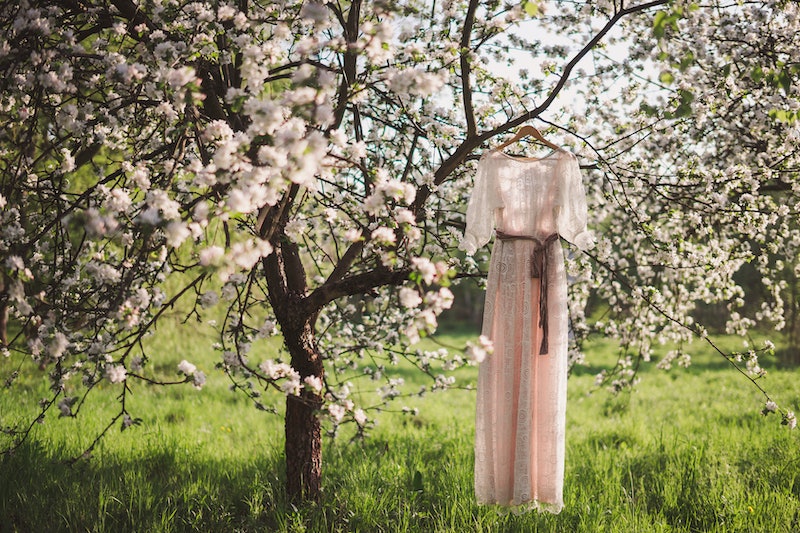 While it's fun to look back on weird old traditions of decades and centuries gone by, it's important to remember that some celebrations — even though they might seem super strange — were important and meaningful to those who celebrated them. "Traditions are meant to bring people together and celebrate, as odd as some of these may seem," lifestyle expert and author of Vibration Healing: Attain Balance & Wholeness * Understand Your Energetic Type, Jaya Jaya Myra tells Bustle. "All in all, they are supposed to bring good luck and prosperity, and who doesn't need more of that?"

But there were also plenty of traditions that were just straight up creepy, and, of course, sexist, even by old-fashioned standards. Think along the lines of "virgin tests," hazing practices, and harmful wedding traditions. The fact these are in the past is a totally good thing. And laughing at them in retrospect? Well, maybe that's all we can do.

It also helps to remember them, so that we can learn from past mistakes, and avoid similar creepy celebrations that were considered common in the communities of yesteryear. I mean, nobody needs to bring hazing back (and thank goodness it's being outlawed on many college campuses.) And nobody needs to hang their bloody sheets on their window to prove they were a virgin. (Yes, that really did happen.) Here are more creepy and hilarious things people used to celebrate, and get ready to cringe.