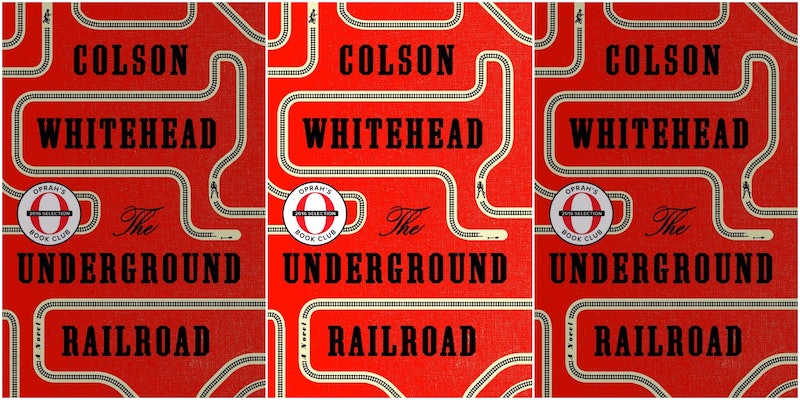 While HBO viewers have been waiting with bated breath for the inevitable Jon Snow/Daenerys Targaryen romantic story arc, we've also been forced to give Game of Thrones showrunners a wide berth and a hefty dose of side-eye. D.B. Weiss and David Benioff will write Confederate, a new show that imagines life in the U.S. if the Union lost the Civil War, and lots of people are understandably upset. Not to worry, though. I've got 10 Civil War novels you can read instead of watching Confederate, so you can enjoy your historical fiction with a clear conscience.

It's safe to say that Weiss and Benioff did not anticipate the overwhelmingly negative response to their new show. Critics have not minced words over Confederate, with Roxane Gay calling it "slavery fan fiction," and Ta-Nehisi Coates imploring his Atlantic readers not to "give [it] the benefit of the doubt."

They aren't wrong. Although some of Confederate's defenders have likened the show to Amazon's The Man in the High Castle — an adaptation of Philip K. Dick's alt-history novel about German and Japanese occupation of the postwar U.S. — there are major differences between the states of Nazism and the Confederacy today, as Coates points out:

[W]hile [Nazi Germany's] surviving leadership was put on trial before the world, not one author of the Confederacy was convicted of treason. Nazi Foreign Minister Joachim von Ribbentrop was hanged at Nuremberg. Confederate General John B. Gordon became a senator. Germany has spent the decades since World War II in national penance for Nazi crimes. America spent the decades after the Civil War transforming Confederate crimes into virtues. It is illegal to fly the Nazi flag in Germany. The Confederate flag is enmeshed in the state flag of Mississippi.

And that's not to mention the fact that Confederate-victory fiction is a dime a dozen, or that the Confederate States of America's legacy is still alive and well today.

Here's what it boils down to, folks. Weiss and Benioff don't have to scrape the bottom of the creative barrel to make good entertainment. The years before, during, and after the Civil War are ripe with stories that don't involve the torture of black bodies for entertainment value. If Weiss and Benioff want to make anything worthwhile out of Confederate, they'll take their cues from the 10 Civil War books below.