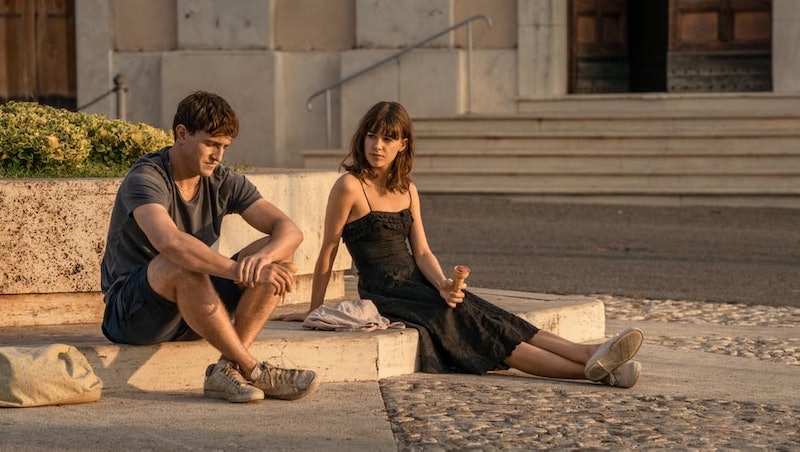 I think it's fair to say we're all Normal People-obsessed. The recent BBC series re-ignited our love for the story written by Sally Rooney, which we first devoured in the summer of 2018. Everything about the TV adaptation was spot on, from the chemistry between the two characters to the glorious locations. The clothes were also note-worthy, with Marianne's wardrobe sticking out in particular. In fact, the dress she wore during her summer trip to Italy has become one of her most talked-about looks. Want to recreate it? I've found nine dupes for Marianne's black dress for you to rock this summer.

The wardrobe for both Connell and Marianne has been hugely praised by fans, both for representing the characters and inspiring our own fashion choices. In fact, Connell's beloved silver chain necklace he wears throughout the series now even has its own Instagram fan page.

As mentioned, for Marianne, it was all about this gorgeous black sun dress she rocked during the group's trip to Italy in the summer time. Whether we're still stuck in lockdown for the foreseeable or we're able to get out and about, this is the ideal dress for summer 2020, and there are plenty of high street dupes.

A flattering square neckline and criss cross back makes this option ultra-appealing. It's also linen-blend, so perfect for summertime. Available in sizes 32-44.

This cool design has a chic dungaree strap design, which gives it a special edge over the other designs. It comes in sizes 16-30.

This one has such a flattering shape for any occasion, be it a low key event or something more dressed up. It's made from a lovely lightweight linen material too. Available in sizes 6-18.

It's simple, it's strappy, and it's stylish. H&M's cute number is also super affordable and considering you'll wear it again and again, it's a real bargain. Available in sizes 4-22.

If you're after something super breezy and lightweight, this is your style. The cute drawstring neckline adds a little extra edge too. Available in sizes XS-L.

Cute, pared-down sun dresses are lovely, but if you want something with a little more pizazz, try this option with ruffle detailing. Available in sizes 8-16.

Fancy something with a touch more volume? I'm crushing on this dramatic ASOS piece. Available in sizes 4-18.

Made from a lightweight cotton poplin, this lovely casual dress has a high neckline and loose fit. Available in sizes 4-18.

This lovely dress is not only super versatile but it's such a steal at £20. Available in sizes 6-22.