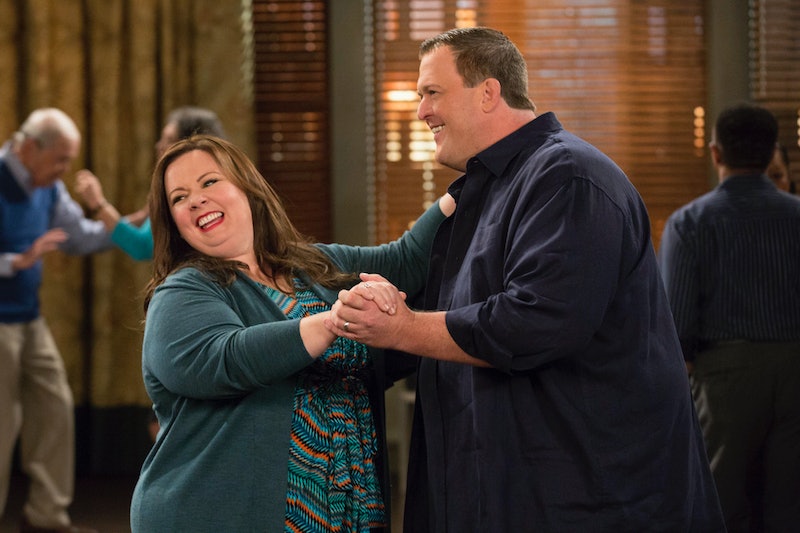 Melissa McCarthy fans can be separated into two categories: those who discovered her in Bridesmaids, and those who already knew she was destined for greatness just by seeing her on their TV. Before she was a big screen comedy star, McCarthy was a television darling, starring in Gilmore Girls as the beloved Sookie and then moving to the CBS sitcom, Mike & Molly. For six seasons, McCarthy played Molly, a woman who meets a man at Overeaters’ Anonymous, and while some fans might not realize this, the actor deserves just as much praise for her performance in the show as she does for her turn in Bridesmaids. Don't believe me? These nine underappreciated Melissa McCarthy quotes from Mike & Molly will convince you.

The character of Molly is pretty great. She's dealing with a daunting weight loss goal, but her size doesn't define her. She's fun and beautiful and happy, but also prone to an angry outburst every now and again. She's loved by her family and by Mike, but more than all of those things she's funny. And, as a funny lady on television, Molly has a lot of great moments that all of us, no matter our age, weight, race, or gender, can relate to. These nine McCarthy lines from Mike & Molly are not only brilliant and relatable, they're incredibly convenient, and can be used in many difference situations.