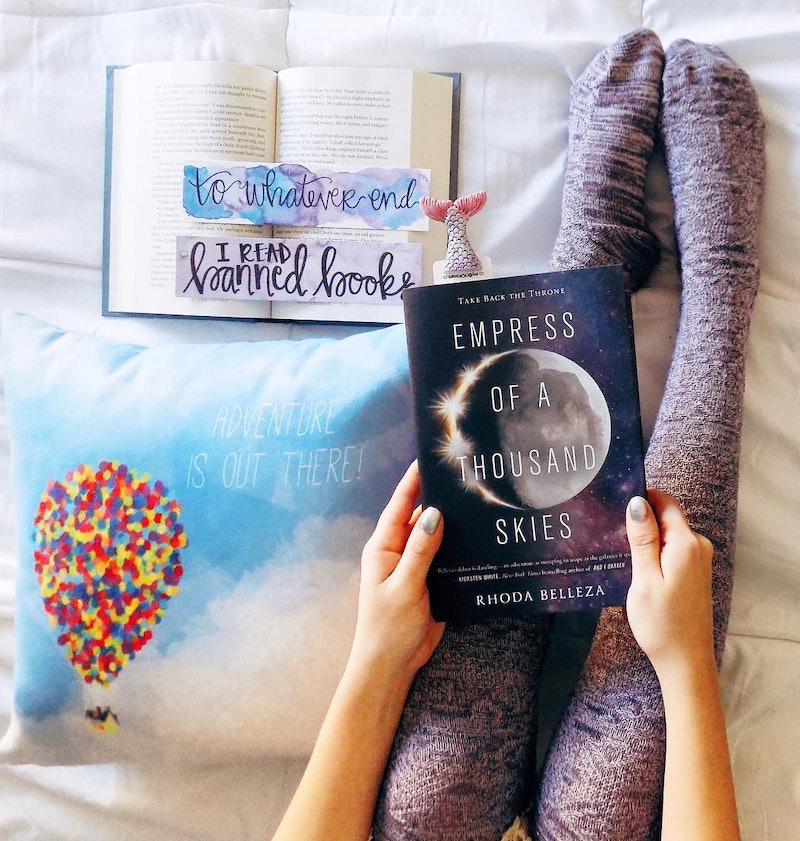 readsleepfangirl/Instagram
By Sadie Trombetta
May 31, 2017

Every morning that I wake up and realize that, yes, the Trump administration is still in power and this hasn't all been some kind of cruel nightmare, I can't help but wonder: When are we moving to Mars already? While life on another planet is still only a fictional possibility rather than a realistic one, these new science fiction books about space travel will let you pretend like moving to space is an option.

One of the best things about the science fiction genre is its capacity for complexity, creativity, and imagination. From action-packed space operas to dystopian alternate futures to robot fiction, sci-fi has the power to transport readers to another time, another place, and another world entirely. It's the kind of genre that lets you unplug from the real world and instead enter a wholly new, fully-fleshed out universe where the only limitation is that of your own imagination.

To me, the best kinds of science fiction books are the ones that bring readers aboard a ship and into the deep, vast expanse of space. They're brimming with adventure, overflowing with action, but, most importantly, full of endless possibility. They may not be an actual ticket to the outer planets of the solar system, but they're a pretty good next-best thing. When you're flying through space, hopping from galaxy to galaxy at light speed, its easy to forget about the problems right here on the home planet. At least, for a little while.

If you need a break from your Earthly worries, check out one of these nine new science fiction novels about space travel. Who knows, maybe there's a planet out there