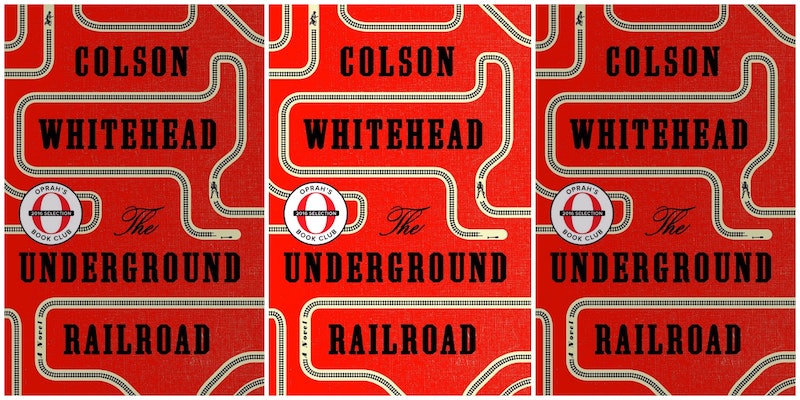 Since 1987, the Arthur C. Clarke Award has honored the best science fiction novels published in the U.K. I'm pleased to announce that the 2017 Arthur C. Clarke Award shortlist is fantastically diverse, with works by three women authors, two writers of color, and one transgender author among the six books that made this year's cut.

Colson Whitehead's The Underground Railroad is by far the most "mainstream" of the books on the 2017 Arthur C. Clarke Award shortlist. The Underground Railroad wound up being released ahead of its original publication date after Oprah named it as a book club selection in August 2016. Whitehead's novel went on to win the Carnegie Medal, National Book Award, and the Pulitzer Prize for Fiction.

It's also not surprising to see Yoon Ha Lee's Ninefox Gambit on the list. Lee's breakout novel has been nominated in the Best Novel categories of both the Hugo and Nebula Award competitions. Also up for the Best Novel Hugo and Arthur C. Clarke Awards is A Closed and Common Orbit, the sophomore offering from The Long Way to a Small, Angry Planet author Becky Chambers.

The 2017 Arthur C. Clarke Award winner will be announced on July 27. The author of the winning novel will take home a £2,017 cash prize. Check out the complete list below, and share your thoughts on the contenders with me on Twitter!