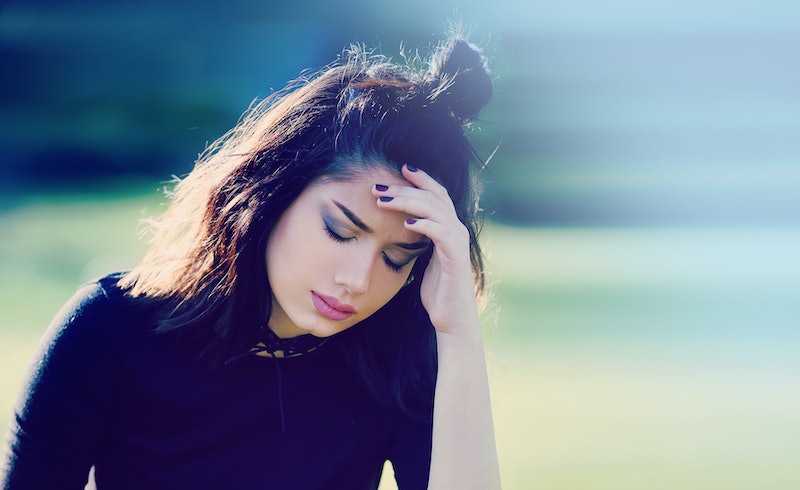 I can only speak for myself, but as someone who suffers from chronic migraines, I go to great lengths to avoid things that can trigger the painful and debilitating symptoms that accompany it. Common things that cause migraines include a lack of sleep, bright light, and caffeine, but what about the not-so-common migraine triggers?

Before diving into all the things that could be causing your head pain, it's important to understand migraines are not the same as headaches. "A migraine is much more than 'just a headache,'" Dr. Susan Hutchinson, founder of the Orange County Migraine & Headache Center, tells Bustle. "A headache is a non-specific diagnosis, and usually refers to a tension headache that almost everyone has experienced at some point in their life. It is most commonly described as a tight band-like feeling around the head, and does not include the symptoms of nausea or sensitivity to light."

According to the Migraine Research Foundation, migraines are the sixth leading cause of disability in the world, and around 18 percent of American women suffer from them. People that have co-morbid chronic health issues — such as depression, pain disorders, or digestive problems — have a higher risk of experiencing migraines, but the neurological issue can also be a standalone disorder.

If you experience migraines, limiting your exposure to things that may set one off is key. Here are nine unexpected things can trigger migraines, and what you can do to avoid them.