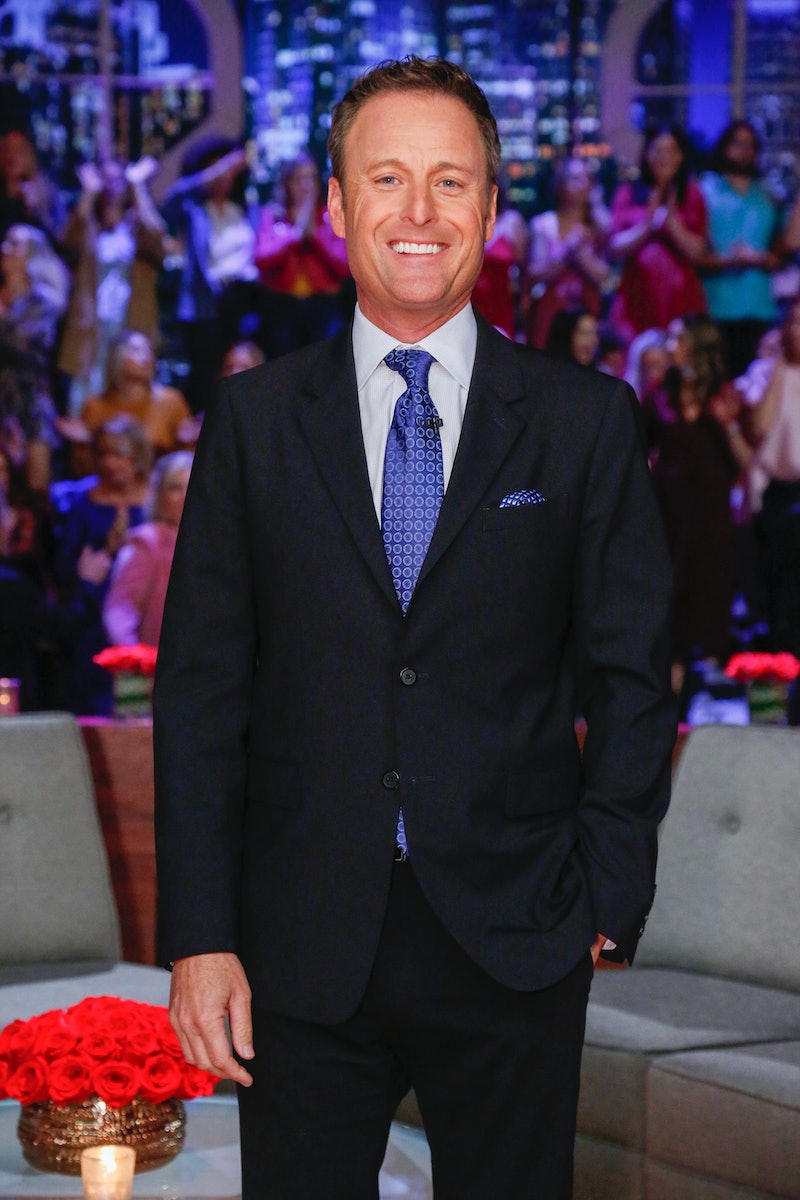 Clare Crawley's season of The Bachelorette might be postponed, but that doesn't mean ABC is going to make Bachelor Nation go without. A greatest hits Bachelor series is coming this summer to ABC, Variety reported on April 29. Chris Harrison will, of course, serve as host of the retrospective spinoff titled The Bachelor: The Most Unforgettable — Ever!

Fans can look forward to 10 episodes each three hours long, with the first premiering on June 8. The episodes are so lengthy because each will cover an entire season, from corny entrances, dramatic rose ceremonies, feuds, breakups, and the "most romantic moments that Bachelor Nation has ever witnessed," per Variety. Better yet, Harrison will even catch up with franchise alums virtually during the episodes.

Harrison told Variety that the idea for the series actually came from viewers who were tweeting about it. "We really wanted to give Bachelor Nation something to watch, and immediately, there was this clamoring and desire from our fans to watch old seasons," he explained.

The episodes will even be hosted from the driveway outside of the Bachelor mansion, which is, apparently, only five minutes from Harrison's Los Angeles home. A skeleton crew will assist the reality TV star, all while practicing social distancing. Harrison also told Variety that they are working out how to safely produce the series due to coronavirus.

As for which seasons will be featured, not all have been decided save for Season 18 with Juan Pablo Galavis, which introduced Bachelor Nation to their future Bachelorette, Clare. According to Variety's sources, the first Bachelor and Bachelorette seasons are being considered, along with Kaitlyn Bristowe, Sean Lowe, and Ben Higgins' seasons. The most current Bachelor season with Peter Weber won't be included. Although given how the drama from Peter's season has continued to play out now into the real world, who knows? It might be the right time for Harrison to sit down with Pilot Pete and ask him the tough questions.