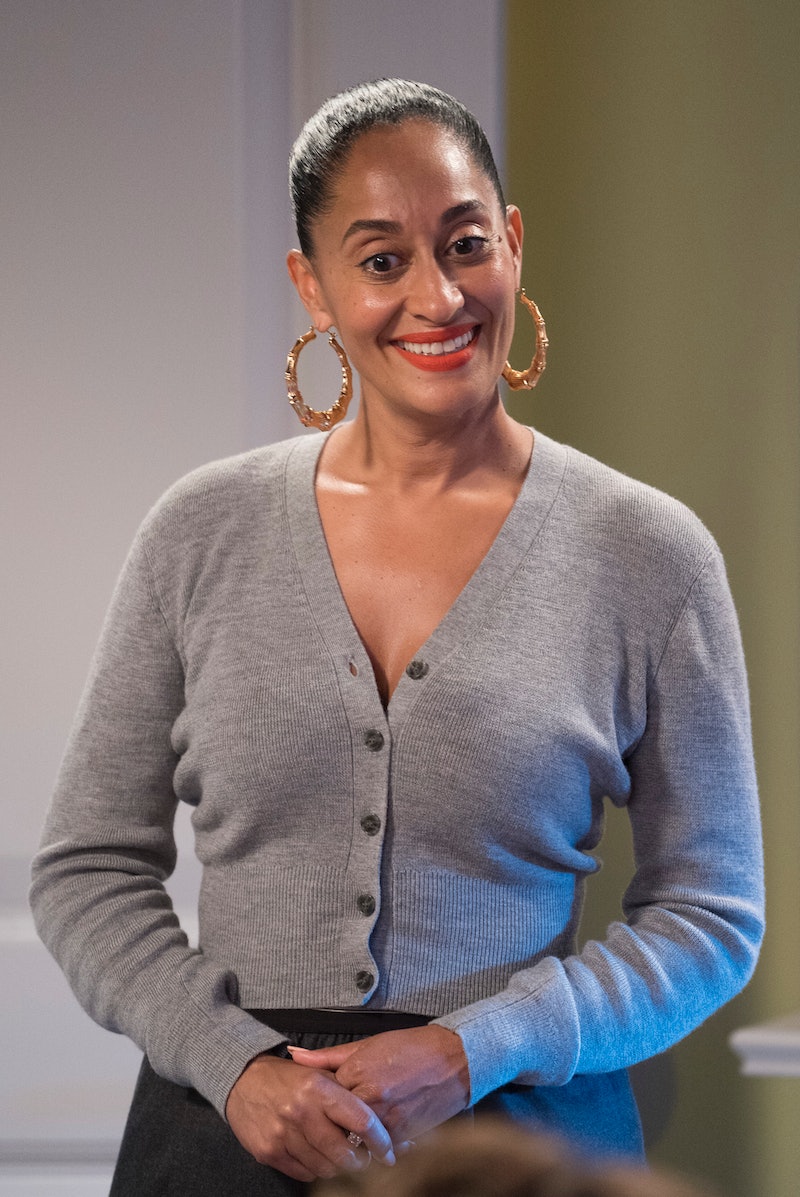 Just when you think it's going to just be a typical Monday, word gets out that a black-ish prequel is reportedly in the works at ABC and revolve around the origin story we've all been waiting to hear. According to The Hollywood Reporter, the spinoff will center around a young version of Tracee Ellis Ross' character, Rainbow, the beloved matriarch of the Johnson family. Given how frequently Rainbow's unique upbringing has been discussed on the original series, the premise is definitely an intriguing concept, allowing fans to finally experience Bow's origin story.

That being said, the project is in the very early stages of development, meaning that details are somewhat scarce. There's no word yet on who would be playing this pre-teen Rainbow, nor who else would be part of the cast. However, TVLine reports that the prospective series is set in the '80s and follows a 12-year-old Bow, who is described as "emotionally and intellectually brilliant but also clueless, confused and awkward." Additionally, the project would also incorporate iterations of Bow's mom and late dad, who would be in their late-30s at this point in time. Those parts were previously played by Anna Deavere Smith and Beau Bridges on black-ish, though it remains unclear who would be playing them during this particular time era.

An ABC spokesperson reportedly confirmed to TVLine that a Bow-centric episode is scheduled to air later this season on black-ish, however, it has yet to be announced whether this will serve as a backdoor pilot or a spinoff pilot. Of course, if the episode does well and viewers seem interested enough, the odds of it becoming a full-fledged series get better and better.

This spinoff would serve as the second extension of the Johnson family story — the first one being Freeform's grown-ish, which revolves around Dre and Bow's eldest child, Zoey, as she goes off to college. The show has proven to be so successful that the network just went on to renew it for a third season. If this pattern persists, then a Bow-centric show could prove to be just as popular as its predecessors. Not to mention it would help to fill in some of the blanks from Bow's past and allow us as fans a chance to get to know the character even better.

Of course, black-ish isn't the only show shopping around spinoff ideas these days. Last year, another Grey's Anatomy off-shoot, Station 19, went on to make its debut on ABC. Meanwhile, The Goldbergs spinoff series Schooled premiered back in January, and The CW is showing some interest in a Riverdale Katy Keene spinoff as well as a continuation for its Jane the Virgin series, which wraps up its fifth and final season later this year.

Needless to say, there are a lot of new show ideas to look forward to in the coming months and years. Some may prove to be more successful than others, but given how beloved the characters of black-ish are — including Ross' Rainbow in particular — it's hard to believe viewers won't immediately flock to it. Everything Ross touches turns to gold, so why should this be any different?