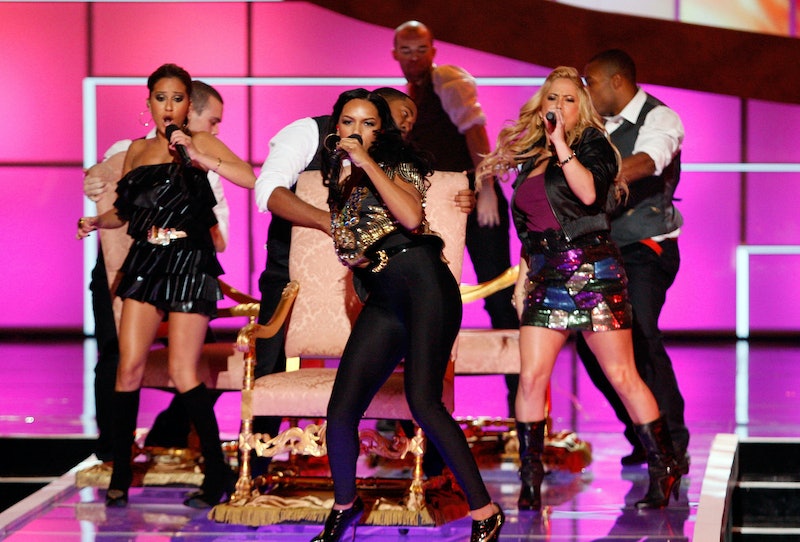 Amigas, cheetahs, you may want to sit down for this news. A former Cheetah Girl herself, Adrienne Houghton says a Cheetah Girls reunion could happen. In an with Entertainment Tonight, Houghton revealed, to many fans' delight, that she would "absolutely" reprise her role as Chanel in a potential Cheetah Girls reunion. Houghton played the role in all three of the Disney Channel Original movies and said that while talks of a return do happen, maintaining the iconic level of the franchise would be most important.

"We've heard the conversations from the fans, and that's definitely something they want," Houghton said to ET. "I personally would never say never, but there is something to be said for not ruining anyone's childhood either. It was a great thing then, and I think some things should be left untouched. It was awesome then and let's not ruin the legacy of the Cheetah Girls."

Yes, Cheetah Girls was a major movie for many millennials, so any new film would have to live up to the original trilogy's glory. And with bops like "Cinderella" on the soundtrack, recapturing the magic would be no small order. But Houghton's comments definitely leave the possibility of more Cheetah Girls open, and the films are as near and dear to the star as they are to their legions of fans.

Houghton wears her Cheetah Girls days proudly and even used her character's nickname when reflecting on where Chanel would be today. "I'm Chuchie for life," Houghton said to ET. "I feel like Chuchie would be a daytime talk show host. I feel like she had a lot to say and she kept it very cheetahlicious and she had a strong opinion. I think she probably would have had a solo career. She was very confident — a lot more confident than I am in real life — and I would say, maybe a fashion designer as well," she added.

Houghton herself is a daytime talk show host on ABC's The Real, so that career move would be familiar territory for the actor. And, no worries, Cheetah Girls loyalists, Houghton assures fans that she keeps in touch with her co-stars, especially Raven-Symoné, who played Galleria in the movies. "Raven and I have kept a great relationship and I love Raven to death," Houghton revealed. "It's literally Chuchie and Bubbles for life, in real life. We've had conversations about how crazy that would be if ever we did do a fourth, or just another cheetahlicious project."

Ooh, prospects of another "cheetahlicious" endeavor on deck does sound promising. Not only would a 2019 update on the girl group bring major nostalgia, but it could be especially resonant for its themes of empowerment, diversity, and female friendship. Plus, with Symoné heading back to her Disney roots by starring in Raven's Home, the sequel to her hit Disney Channel series That's So Raven, a Cheetah Girls revival would be a full-circle move.

For now, this one will just be marked as a "Work in Progress." Only time will tell if the Cheetahs will live to sing another day. Either way, now seems like the perfect time to slip into some animal print and fire up some Cheetahlicious songs.