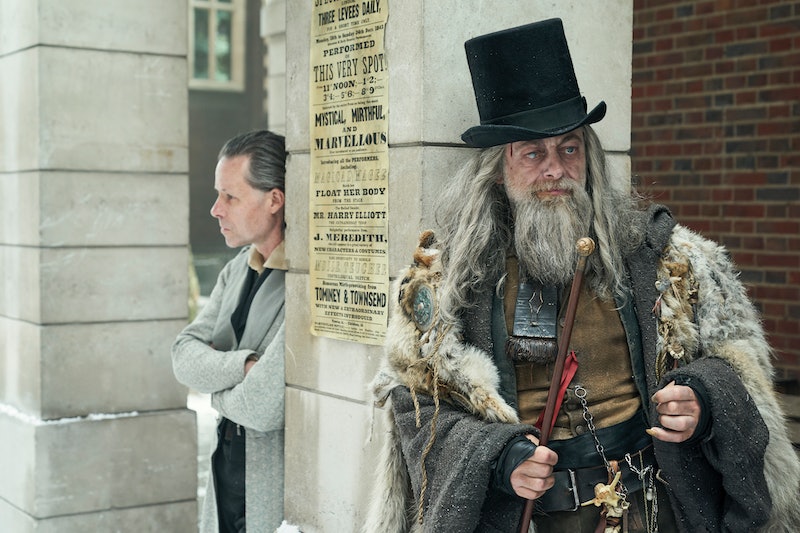 Christmas isn't complete without a retelling of this timeless Charles Dickens novel, and this year the BBC will bring Ebenezer Scrooge's disdain for the festive holiday to the small screen. Starring Guy Pearce, Andy Serkis, and Charlotte Riley, the miniseries will air for three consecutive nights on the run-up to Christmas Day. Thinking about it though, I've never actually read the original novella. So how does A Christmas Carol's book ending stack up to the dozens of film and TV adaptations?

Despite the pretty dreary vibes that the BBC's teaser emits, Scrooge's arc ends on a positive note. But that happy ending doesn't come easily, as he's initially introduced as a bitter old man who despises Christmas. It takes three visits from some ghosts to get him out of this state, who demonstrate the consequences of his past, present, and future actions. After being shown the innocence of his childhood, how his actions have dire consequences on a young boys life, and the rejoice people feel about his eventual death, Scrooge finds his Christmas spirit and becomes a changed man.

Dickens also peculiarly presents his novella, taking the Carol portion of the title quite literally. As BBC's online study guide Bitesize notes, the structure is set out in staves instead of chapters, which lets the story play out like a song "to present a moral tale of transformation". The novella is set out in five staves, starting with Scrooge's introduction on Christmas Eve, followed by the three ghosts and his redemption on Christmas Day.

This structure differs from the BBC series, as Scrooge's story takes place over three episodes. It'll be interesting to see how writer Steven Knight (Peaky Blinders) sets this out, but it's sure to be a much darker interpretation of Dicken's novel. Described by the BBC as "a spine-tingling immersion into Scrooge's dark night of the soul", this is definitely going to be a memorable retelling of this classic.

"We couldn't imagine a better team to undertake this enormous task than Steven Knight, Tom Hardy, Ridley Scott, and their formidable production companies," Nick Grad and Eric Schrier, Presidents of Original Programming at FX told BBC One. "What an incredible way to close out 2019 with the television event for A Christmas Carol".