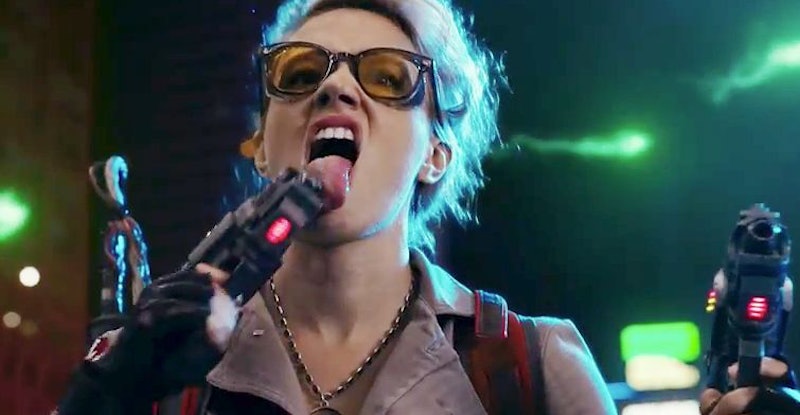 About how much money would it take to buy you off for, say, the relative assurance of knowing your soul won't be separated from your body and the inherent safety of knowing you are confined to this physical plane? Does 50,000 Euros sound about enough? Because it's time to pull out your dog-eared copies of The Babysitter's Club and hope no malevolent spirits set them aflame, as a family in Scotland is looking for a nanny for their "haunted house" after not one, not two, but five previous nannies have left the post in the last year. To put that into perspective, they've gone through as many nannies as Hogwarts went through Defense Against The Dark Arts professors. YIKES.

But like, the rest of it sounds precious! Two wee children on "lovely, spacious, historic property with spectacular views," and duties that are totally manageable for any nanny worth their salt. Granted, most nannies don't have to endure "strange noises, broken glass and furniture moving," as past nannies have cited as their reasons for leaving their post. But that's not a ton to contend with when you consider that it's posted in the lovely Scottish Borders, within driving distance to Edinburgh, land of castles and greenery and sweeping rainbows after the rain! ... So long as you're totally chill with the possibility that you'll get Outlander'd if you put your foot on the wrong stair step.

On the more realistic side, the family has been living in the house for 10 years now and everyone in it seems relatively unharmed, so if the #ghosts were really out to get them, they'd have probably made some bolder moves than occasionally going "weeewooo" in the middle of the night. And they're offering a major chunk of change — at approximately $55,000 U.S. dollars, that's a good $20,000 more than the average rate for a live-in nanny, and room and board are included.

But hey, if you think you might be game, maybe practice taking care of one of these infamously haunted dolls to see if you've got what it takes to take on the astral plane; or, at the very least, arm yourself with a ghost hunting app. (Mine once picked up on the words "Perhaps" and "Biden" back to back in our office stairwell, and I have been politically shook ever since.)

If you think you're the right nanny/rookie ghostbuster for the job, check out the listing here. Just don't forget your proton pack.

More like this
4 Zodiac Signs Most Likely To Be “That Girl”
By Kristine Fellizar
TikTok’s “5-9 Routine” Trend Is Here To Boost Your Productivity
By Courtney Young
What Is "The Ick?" The TikTok Dating Term, Explained
By Courtney Young
18 Games Like Wordle To Play Online
By Kaitlyn Wylde and Emma Carey
Get Even More From Bustle — Sign Up For The Newsletter