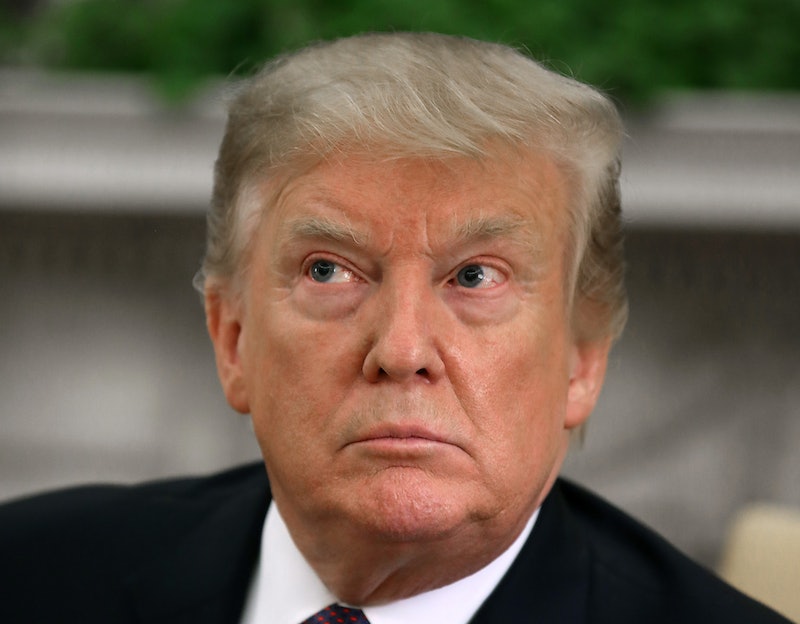 The author of one of 2018's best-selling books is set to release a follow-up this year. Michael Wolff is publishing a sequel to Fire and Fury this summer. The new book, titled Siege: Trump Under Fire, comes out on June 4 from Fire and Fury publisher Henry Holt and Co., and is available for pre-order today from your favorite bookseller.

According to a press release from the publisher, Siege: Trump Under Fire is embargoed until publication, which means you won't be able to read snippets from the book ahead of its release (unless they leak, of course). It's likely, however, that Michael Wolff has filled his sophomore offering on Trump with as many shocking revelations as there were to be found in Fire and Fury back in Jan. 2018. Wolff has been at work on Siege since at least June of 2018.

Given that the book focuses on an administration making headlines in an age of widespread news fatigue, it's unlikely that Michael Wolff's new book will need to retread the ground he covered in Fire and Fury. Where that book "defined the first phase of the Trump administration," according to the Henry Holt and Co. press release, Siege "reveals an administration that is perpetually beleaguered by investigations and a president who is increasingly volatile, erratic, and exposed."

In examining Donald Trump's second year in office, Wolff will have plenty of meat for his next book. News headlines from 2018 were overwhelmingly focused on speculations about the Mueller investigation, reports of migrant children being separated from their asylum-seeking families at the Mexico-U.S. border, fiery testimony from SCOTUS nominee Brett Kavanaugh's confirmation hearing, and the longest government shutdown in U.S. history. With the book under embargo until June 4, however, it's difficult to say which of these stories, if any, will figure most prominently in Siege.

Fire and Fury: Inside the Trump White House was the best-selling book of the year for the first half of 2018, a position it maintained until Michelle Obama's memoir, Becoming, unseated it in November. It's unclear at this time how popular Wolff's follow-up will be, however. As CNN reported on Wednesday, "the publisher kept this project hush-hush and chose to announce it just three weeks before release for maximum impact," rather than giving the public months to pre-order Siege and prepare to read it. Whether Henry Holt and Co.'s gamble will pay off for Wolff is anyone's guess.

Siege: Trump Under Fire by Michael Wolff comes out on June 4. The book is available for pre-order today.