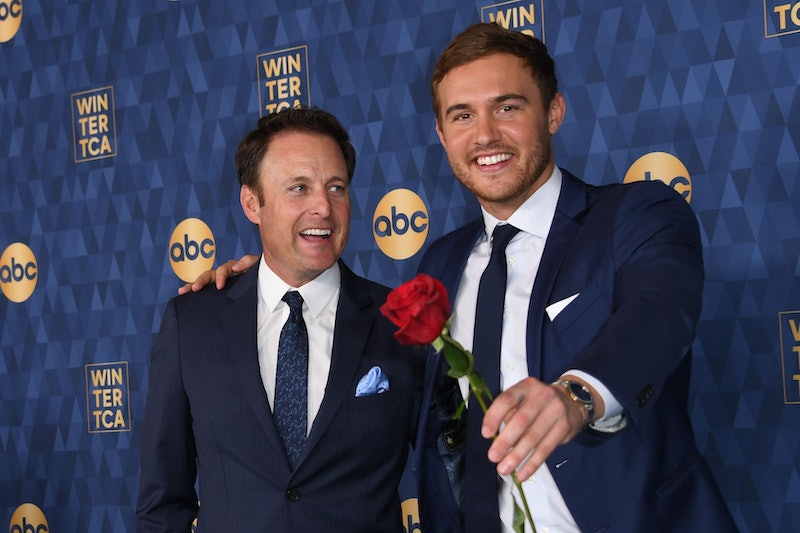 The Bachelor has finally cast its first Black male lead, but one former producer says the franchise has a lot of work to do behind-the-scenes as well. In an "open letter" shared to Instagram on June 13, former Bachelor producer Jazzy Collins revealed she faced "many microaggressions" behind-the-scenes. And, while she said she was happy to see Matt James cast as the first Black Bachelor, the casting producer also stressed the need for the show to hire more diverse producers and people working behind the scenes.

Collins worked on five seasons of The Bachelor and The Bachelorette as a casting producer, beginning with Rachel Lindsay's historic season in 2017. Explaining that she was "the only Black person in the casting office" during her time on the show, Collins claimed that she and the other producers were encouraged to cast a diverse group of suitors for Lindsay's season. "I was excited to be an integral part of the show's history," she wrote. "My hope was that having a racially diverse cast of gentlemen would be an important milestone that would continue into the future. That was not the case."

Instead, Collins wrote, everything "went back to the status quo" after Lindsay. "The cast was predominately white," she wrote, claiming that Black women were only considered if they were "ethnically ambiguous," while others were eliminated for being "too Black," according to the show's standards. "Women with afros, braids, locs, etc; weren’t even given a chance because of the white standards of beauty," she claimed. Bustle reached out to representatives for The Bachelor for comment, but did not receive an immediate response.

In addition to the lack of diversity onscreen, Collins also called out the show for its lack of Black producers behind-the-scenes as well, revealing she was one of only four Black employees. "Once I developed a voice for myself in the office to speak out on issues, I was hit with many microaggressions," she wrote, adding that she was called "aggressive" for speaking up. "I felt alone. ... Soon after I left the show, I found out that the only Black cast producer was also no longer with the team."

Now that the show has finally cast a Black Bachelor, Collins continued, the franchise needs to diversity behind the scenes as well. "Not only is it important to have a diverse cast reflect what the rest of America looks like," she wrote, "it's important for the production and casting teams to be able to share the same experiences as the cast members."

Collins is far from the only member of Bachelor Nation to speak out about the need for more diverse producers; on June 12, Lindsay told Good Morning America that simply casting a Black Bachelor isn't enough. "I want producers color, I would like for them to cast leads that are interested in dating outside of their race," she said. "I need the acknowledgement of that, not putting a bandaid over the situation."

More like this
Brianna Revealed Why 'The Bachelor' Premiere Was Tougher For Her Than You Saw On TV
By Brad Witter
Everything To Know About 'The Real Housewives Ultimate Girls Trip' Season 4
By Jake Viswanath
Andy Cohen Apologized To Larsa Pippen After A 'RHOM' Season 5 Reunion Dust-Up
By Brad Witter
'Bachelorette' Vet Clare Crawley Unveiled 2 Special Wedding Day Accessories
By Stephanie Topacio Long
Get Even More From Bustle — Sign Up For The Newsletter
From hair trends to relationship advice, our daily newsletter has everything you need to sound like a person who’s on TikTok, even if you aren’t.