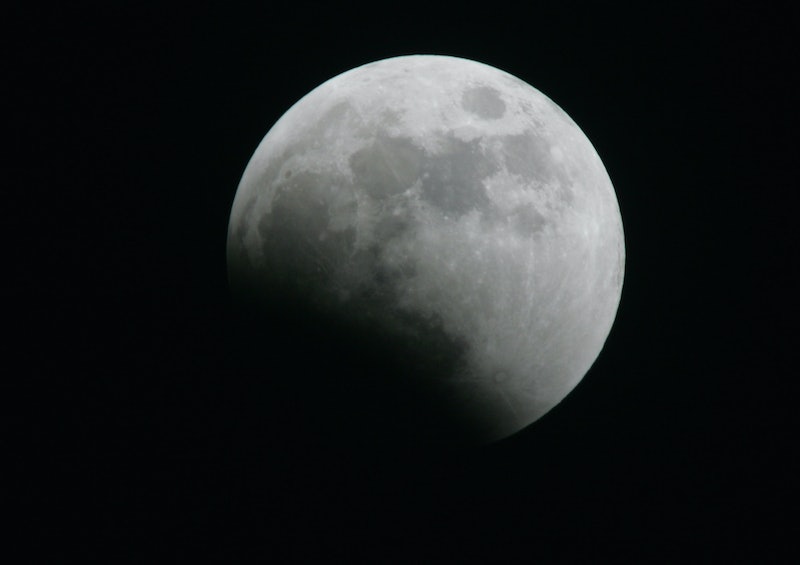 Welcome to another normal day in this, the 2019th year of our lord and savior Ariana Grande. Allow me to direct your attention to the giant, mysterious, metal mass on the moon that scientists have recently discovered. Yes, that astronomical body orbiting our home planet (and maybe making us feel all funky) has a big ol’ lump in it. If that has you asking questions like “what?” and “why?” and also “whaaat?” you aren’t alone, because scientists are also like “da fuq?” In a scientific way, of course.

The study, published in the scientific journal Geophysical Research Letters, was conducted by a group of scientists at Baylor University. Though the paper was published back in April, it started to make the rounds after a recent press release and multiple news outlets have tapped into the mass’ ~*mysteriousness*~. The new discovery is being called everything from an anomalous “mass” to a “mystery blob” to a “mysterious lump.” I prefer “spooky chonk,” but that has yet to take off.

The big, big mystery mass was discovered 180 miles beneath the surface of the South Pole-Aitken basin, a huge crater in the Moon’s surface that’s billions of years old. The basin is over 2,000 wide, which is about the distance from Waco, Texas, to Washington, D.C. The team found the mass by combining data from NASA’s Gravity Recovery and Interior Laboratory mission, also known as GRAIL, with topographic information gathered from the Lunar Reconnaissance Orbiter.

So, what exactly is this mystery lump? Scientists aren’t totally sure. One theory is that its remnants of dense oxides which formed when the moon initially started to take shape, a lump created during the final stages of cooling when the moon was covered in ancient magma “oceans”.

However, the second theory is the one the study authors’ hypothesize is more likely: the mysterious mass is part of whatever ancient impactor created the South Pole-Aitken basin in the first place. As study co-author and Baylor University’s Peter James tells National Geographic, the mass, which is metallic, could be part of the iron-nickel core of whatever collided with the moon to create the creator.

Though you can’t see the big ol’ mystery lump from the surface, scientists have noticed an observable effect it is having on the moon. Per a press release, the mass appears to be “weighing the basin floor downward by more than half a mile.” This feature, an ovoid shape, is known as a central depression.

Though perhaps not quite as exciting as, say, the Navy’s recently released UFO reports, this humongous mystery mass is another step into understanding our moon.

“Every planet in our solar system was formed by little things smacking into each other and eventually forming bigger things,” Daniel Moriarty, a lunar geologist with NASA's Goddard Space Flight Center, tells National Geographic. The basin is a big area of research, and this latest discovery is another clue into understanding it.

“[The basin is] one of the best natural laboratories for studying catastrophic impact events, an ancient process that shaped all of the rocky planets and moons we see today," James told CNN. In other words, this mystery lump could help tell us more about the moon and give us insight into some of our universe’s history.