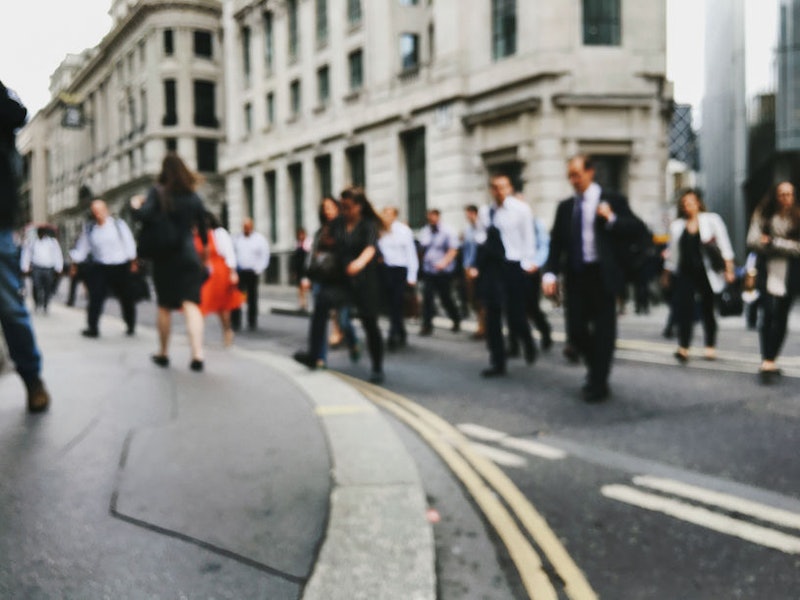 The Institute for Fiscal Studies (IFS) has announced the launch of one of the biggest analyses to ever be conducted regarding inequality in the UK. The institute has already warned that widening inequality in the UK could fuel distrust in democracy and even affect life expectancy, and they will be looking in detail at the the disparity of income, housing, health, pay, and opportunities in the UK to gain greater understanding of what is at stake.

Initial research from the IFS ahead of the review has revealed that the "average CEO pay among FTSE 100 companies in the UK in 2017 was 145 times higher than the salary of the average worker, up from just 47 times back in 1998," the BBC reports.

The research showed that the UK now has one of the highest levels of inequalities in the world. Based on household income, the UK came in second only to the United States, where the wealth is more concentrated at the top rather than spread out, and the IFS believes the UK could be following in their footsteps.

According the Institute of Chartered Accountants in England and Wales (ICAEW), the IFS have explained how these inequalities could disrupt democracy, saying, "When the rules of the game are rigged, or when great inequalities in income and wealth result in great inequalities in political power and economic opportunity, then they risk disrupting both our democracy and our prosperity."

The review, which will be chaired by 2015's Nobel prize winner for economics Sir Angus Deaton, will also look into the affect inequality has on life expectancy. According to the BBC, the IFS says that there is an almost 10-year gap between the life expectancy of rich men versus poor men. The IFS have also said there has been a rise in early "deaths of despair" in middle age due to drugs, alcohol, and suicide, which is linked to mental health, lack of job prospects, and poverty. As ITV reports, "deaths of despair" rose significantly between 1993 and 2017. This period saw an increase from 14.7 per 100,000 to 25.8 per 100,000 among women aged 45 to 54 and 29.8 per 100,000 to 60.6 per 100,000 among men of the same age.

The IFS will also be looking at pay disparity, analysing exactly where the inequalities lie. As the ICAEW reports, "women’s employment has risen from 57 percent in 1975 to 78 percent in 2017. However, the employment gap is only significantly reduced for white women: Pakistani and Bangladeshi women are half as likely to work as men in the same ethnic group." This illustrates that the discussion when it comes to wage inequality should focus more heavily on intersectionality — an area that desperately needs to be worked on.

According to the ICAEW, IFS director Paul Johnson has said of the upcoming review:

I can’t think of anything more important than understanding what drives the inequalities we see today and working out what we might do to influence them. Everything from early childhood education to the regulation of ‘big tech’, from the design of the benefit system to the effects of globalisation, from the role of men and women in the home to the design of corporate governance, matters for producing the outcomes we see. We will be examining them all.

The research the IFS have already carried out is pretty disheartening, and is further proof that the current economic systems in the UK disproportionately benefit only a small section of society. Something must now change to address the shocking and, in some cases, life-threatening inequality in this country — and this IFS review cannot come soon enough.