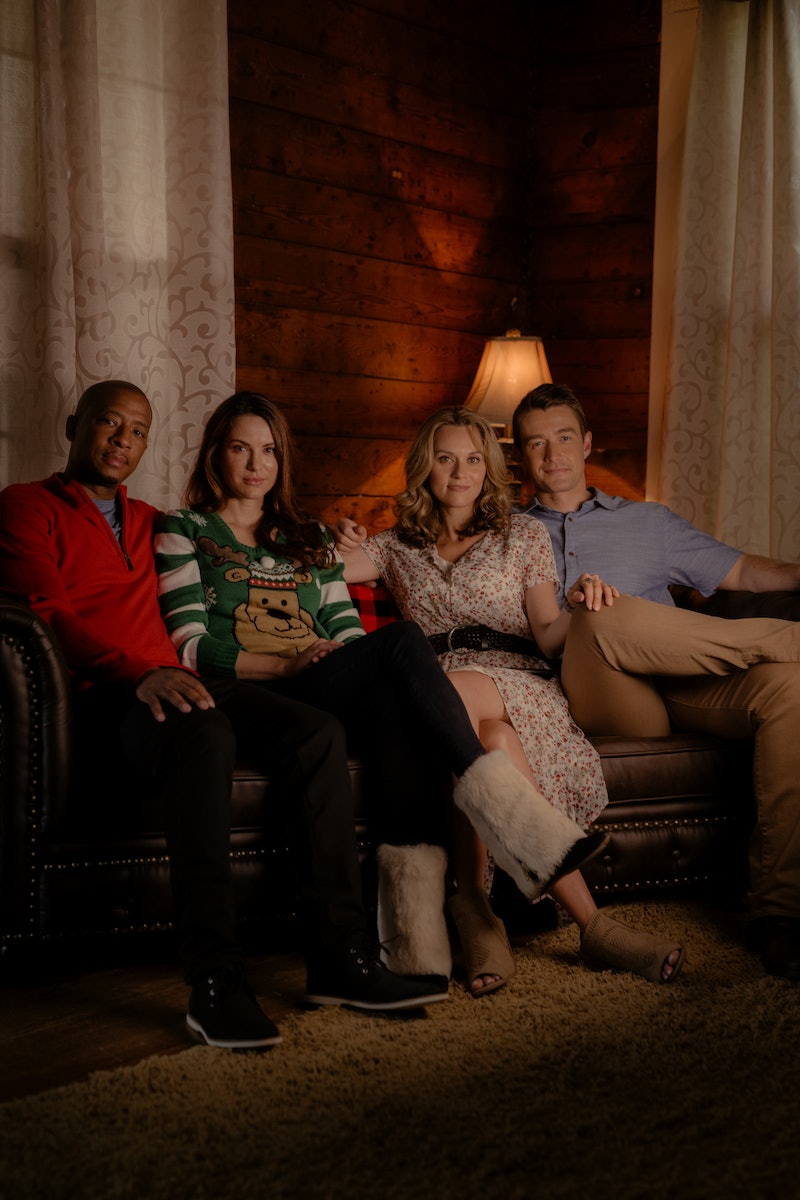 Christmas is said to be the most wonderful time of the year and the One Tree Hill cast is doing everything in its power to make that concept a reality. Entertainment Weekly reports that Lifetime will air a One Tree Hill reunion special, titled Tis the Season: A One Tree Hill Cast Reunion, that'll find numerous Tree Hill alums coming together for an hour to discuss the show and share stories of their time together. So while it may not be the full-fledged reboot you may have wanted, it's definitely the next best thing — and certainly better than nothing at all.

This news comes on the heels of the previously announced TV movie The Christmas Contract, which will star several beloved OTH alums, including Hilarie Burton, Robert Buckley, Danneel Ackles, and Antwon Tanner, as well as feature a musical performance by Tyler Hilton. Conveniently, the reunion special will take place immediately following the movie, which airs on Nov. 22 at 8 p.m. ET, so fans will get a double dose of One Tree Hill goodness all in one sitting. Now that's something to be thankful for!

Joining Burton, Hilton, Ackles, and Tanner for the special will be Stephen Colletti, who just so happened to be starring in his own Lifetime holiday movie, Hometown Christmas. And according to the network, as reported by TVLine, there's also expected to be "a few surprise special guests" throughout the hour as well. Who these guests are remain to be seen, but it's worth mentioning that Bethany Joy Lenz will have her own Lifetime holiday movie to promote around that time as well, titled Poinsettias for Christmas. Perhaps this will prove to be the perfect cross-promotion opportunity.

Aside from that, details are somewhat limited in regards to what exactly will be discussed during the program, but expect for it to give you all the One Tree Hill feels you've been so looking for. And thanks to The Christmas Contract which is airing right before, you'll be primed to reminisce about all things Tree Hill-related.

The official synopsis of The Christmas Contract reads as follows:

"It’s Jolie’s (Burton) first time going back home to Louisiana since her devastating break up with Foster (Hunter Burke). Seeing him is inevitable as their parents run the town’s annual Christmas Market together, but when she discovers Foster is bringing home a new girlfriend, Jolie cannot bear the thought of going home alone and seeing them together. Her best friend Naomi (Ackles) suggests that Jolie bring her flaky brother, Jack (Buckley), home for Christmas as he has no plans this year. Jolie, a professional web designer, is hesitant; so, Naomi, a lawyer, creates a Christmas contract to give them both something they want—a buffer for those awkward moments around Jolie’s ex and a website to help sell Jack’s upcoming novel. Unbeknownst to them, the Christmas contract proves to be so much more than what they signed up for."

Sounds like the kind of drama fitting of a One Tree Hill storyline. So let's just all collectively agree in thinking that November seriously can't get here soon enough.