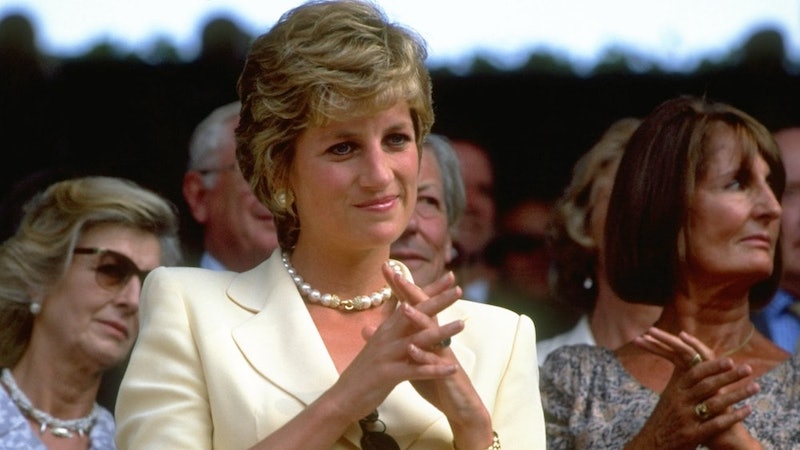 The Princess of Wales is headed to Broadway. Simply titled Diana, the Princess Diana musical will explore her marriage to Prince Charles. Set in 1981, Diana will follow the late royal — born Diana Spencer and affectionately dubbed as the People’s Princess by the masses — as she prepares for her nuptials to Prince Charles, the heir apparent to the British throne. The musical will also explore the aftermath of the duo’s tumultuous marriage, which saw Charles’ highly-publicized affair with Camilla Parker Bowles and Diana’s relationship with the intrusive press. As per People, previews for Diana are set to begin on March 2, 2020 at New York City's Longacre Theatre with an opening night set for March 31.

Diana is the brainchild of Joe DiPietro and David Bryan, the Tony-award winning duo behind the 2009 Broadway musical Memphis. Diana first premiered at San Diego’s La Jolla Playhouse in February. Jeanna de Waal, who depicted Princess Diana during the musical’s run in San Diego, will reprise her role on Broadway. She will be joined by Roe Hartrampf as Prince Charles, Erin Davie as Camilla Parker Bowles, and Judy Kaye as Queen Elizabeth, as reported by People. Diana will feature both classical melodies and modern rock and pop songs from the ‘80s.

On La Jolla Playhouse's official website, the synopsis for the musical reads: “In 1981, an assistant kindergarten teacher married the Prince of Wales and, overnight, became the most famous woman in the world. But behind the fairytale, there was a troubled marriage and a young woman struggling to find her voice. Facing an entrenched monarchy and unprecedented media scrutiny, Princess Diana surprises everyone – including herself – as she grows into a global phenomenon and manages to change the world.”

In an interview with LondonTheatre.co.uk in October 2017, DiPietro opened up about the inspiration to explore Diana's life in a musical. “I was reading a book about her and I thought, ‘This is an amazing story about an amazing woman,’” DiPietro said at the time. “She has this aspirational aspect to her where she really wanted to do good. I thought it was a great idea for a musical, I asked around to see if anyone was doing it — no one was — so David and I just jumped into it.”

He continued, “It’s very much about marriage. The four main characters are her, Charles, Camilla, and the Queen. It’s not about anything else… We don’t have royalty in the US, so for us it’s just fairytale princesses and stuff like that. For us, it’s really just about the human story. It just happens to be about royals. Everyone who saw the first reading of the show agreed that it was really a human story.”

The entertainment world certainly has the British royal family on the mind: The news of the Diana musical comes on the heels of an official premiere date for Season 3 of Netflix’s award-winning drama The Crown, which chronicles the life and reign of Queen Elizabeth II. The third season will debut on November 17 with Olivia Colman replacing Claire Foy in the titular role of Queen Elizabeth. The premiere date was accompanied by a short clip of Colman in the role of the reigning monarch.

Between The Crown’s Season 3 return and Diana's run on Broadway, royal obsession has officially reached a fever pitch. All hail royal drama adaptations.