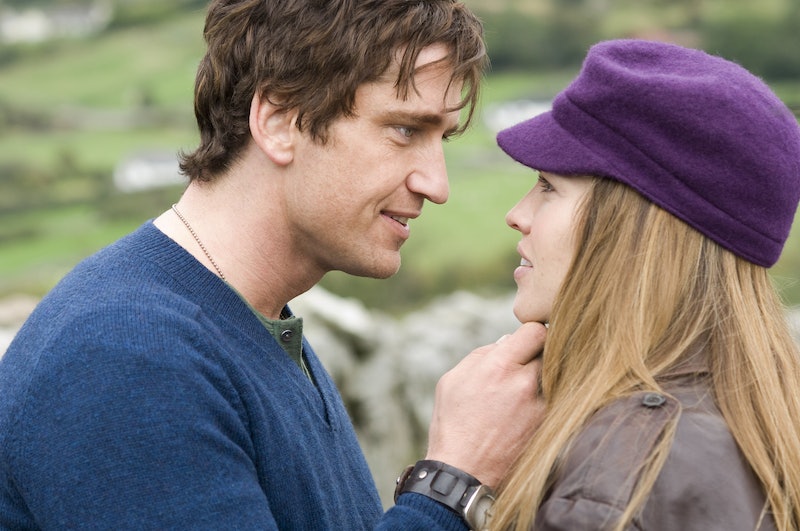 A mid-2000s tearjerker is finally getting a follow-up. Cecelia Ahern just revealed that there's a P.S., I Love You sequel coming this fall from Grand Central Publishing. Postscript lands in stores in Ireland and the UK on Sep. 19, and that version is available for pre-order now. Readers who want the U.S. version of the novel will have to wait until April 2020 to get their hands on it, but let's face it — it's probably worth the wait.

Cecelia Ahern's 2004 debut, P.S., I Love You centered on 29-year-old Holly, whose husband, Gerry, died suddenly of a brain tumor. While still reeling from the loss, Holly receives a bundle of 10 letters from her late husband, all signed with the postscript, "P.S., I love you." Written just before Gerry's death, the letters offer basic tips and instructions to help draw Holly out of her grief and force her to live her life to the fullest.

The P.S., I Love You sequel, Postscript, will pick up with Holly seven years after Gerry's death. She's doing OK, all things considered, but the emergence of a group inspired by her story might pitch her back into the depths of despair. They're the P.S., I Love You Club, and each member wants Holly to help them write their own letters for loved ones to receive after the member has passed on. Holly doesn't want to get pulled back into the dark place she occupied in the months after Gerry's death, but she "comes to realize that when you love someone, there’s always one more thing to say…"

I'll be honest, I have no idea what that means. Does it mean that she'll decide to take a page out of Gerry's book and help out the people who need it most? Has Holly met someone else, someone for whom she wishes to write her own "P.S., I love yous"? All of that remains to be seen.

Postscript is not the only book Cecelia Ahern has coming out this year. Her short-story collection, Roar, is scheduled for release on April 16. Roar contains 30 stories "about the myriad ways in which women overcome adversity with wit, resourcefulness and compassion," and is available for pre-order today. You can read an excerpt on Entertainment Weekly.