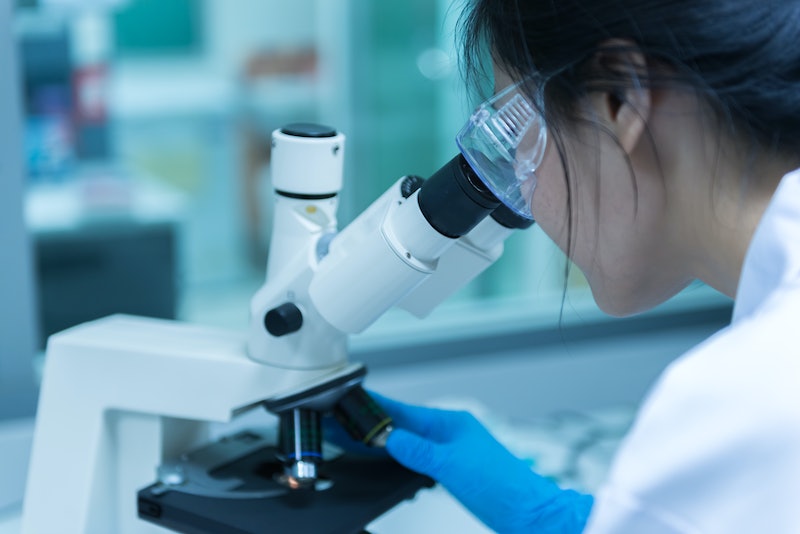 The issue of gender equality in STEM — science, technology, math and engineering — is a fraught one, and experts agree that STEM industries around the world have a long way to go before women are universally given the same respect, pay and opportunities as men. Now, a new study has evaluated the gender equality in STEM at 541 academic institutions in 38 countries worldwide and formulated the results into a report card — and the grades aren't exactly stellar.

"Women are well-represented among student population, suggesting that the recruitment of women into STEM and academia more generally is going well," she says. "Unfortunately, it appears that the pipeline is leaking — with a consistent drop in the proportion of women at each rung of the professional ladder. And, on top of this, many institutions are failing to recruit tenured or senior faculty women to fill this gap." The STEM pipeline is another term for the career ladder, and its 'leakiness' for women — as they leave the profession, rather than ascending to higher and more prestigious positions — has been a well-known phenomenon for some time.

The pipeline wasn't the only issue revealed in the Report Card. Dr. Beeler tells Bustle that the Report Card also showed women were underrepresented at important committees and external conferences. "These roles are particularly important in scientific disciplines as they often give rise to new research ideas, influence an institution’s vision or direction, promote scientific collaboration, and accelerate the careers and trajectory of a given scientist’s work," she says. Women who are denied these opportunities won't be able to produce their best work — or attract funding for it.

However, there were bright spots. "European institutions had significantly higher grades than North American institutions, suggesting that perhaps the well-known progressive policies of European countries aimed at supporting working parents and promoting work-life balance have some influence on the retention and promotion of women in science," Dr. Beeler says. The Report Card also showed that several STEM institutions had started programs like unconscious bias training to help female scientists flourish.

Fixing gender inequality in STEM is a big ask, but the experts behind the Report Card are hopeful that it can happen, with the right policies and intervention. "There are several interventions that institutions might consider to promote gender equality, including a strict and transparent policy for gender harassment; promoting a culture of respect; formal mentorship and sponsorship programming; and supportive, flexible policies for both birthing and non-birthing parents as they return to work," says Dr. Beeler.

Conferences with a higher proportion of female speakers are also a good way to help. Earlier this year, the head of the National Institute of Health released a statement saying he refused to speak on any more all-male panels, in a powerful indication that the world of STEM was beginning to realize the power of diverse voices onstage sharing professional ideas.

Gender inequality in STEM is a big problem because it's holding us all back, not just the disciplines themselves. "Equality in science is mission critical for patients," Susan Solomon, the CEO of the New York Stem Cell Foundation, tells Bustle. "There is no doubt that we — institutions, scientists, patients, all of us — will have better outcomes and faster progress with full participation in science."

Evidence also suggests that equality increases outcomes for everybody involved in STEM. "It has been established that the more diversity present within a group, the greater that group’s performance and collective intelligence will be," says Dr. Beeler. "It is difficult to even fathom how many discoveries and opportunities have been lost through the attrition on female scientists over time. We need to do better – not just for equality’s sake, but for science’s sake."

Big challenges lie ahead. Solomon tells Bustle that one of the best strategies for fixing inequality is mitigating unconscious bias for women in STEM, which holds many of them back from advancement and keeps them from developing their full potential. However, with some serious institutional work, things could improve — and the Report Card of the future could look far more glowing.

More like this
Beyoncé & Madonna’s “Break My Soul” Remix Honors A Group Of Black Icons
By Stephanie Topacio Long
How To Use The Whatnot App To Thrift Vintage Items
By Emma Carey
The “Teenage Dirtbag” Trend Is TikTok's Latest Nostalgic Obsession
By Meguire Hennes
Your Daily Horoscope For August 17, 2022
By Alexandria Lettman
Get Even More From Bustle — Sign Up For The Newsletter