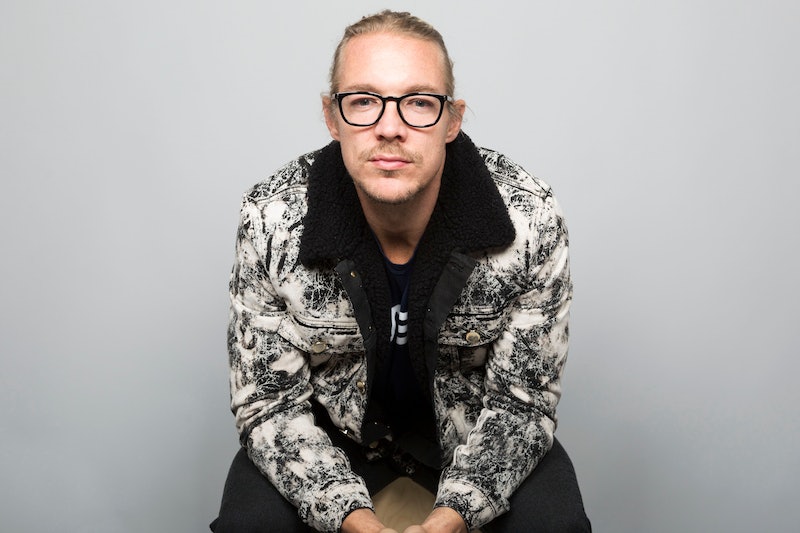 Of course you'll already have been alerted to the fact that the Spice Girls reunion tour is happening in the summer of 2019. Yes, nineties and noughties kids up and down the country rejoiced as all our dreams came true and we prepared to spice up our lives. Over the course of the tour, the girls will be performing an array of their classics, but there could be a brand new song added to the bill. It's been reported that American DJ Diplo may be collaborating with the Spice Girls, releasing a song that samples their hit song Wannabe.

Update: A Spice Girls rep has confirmed to Bustle UK that Diplo has used a sample of Wannabe on a new track, but "there are no current plans for this to be performed on tour."

Previously: Diplo is one of the members of Major Lazer along with DJs Jillionaire and Walshy Fire. Since their inception in 2008, Major Lazor has been bringing us hits like Cold Water and Light It Up.

Last year, Diplo "teased a new recording of Wannabe with Charli XCX," according to The List. And back in February 2019, the DJ performed a cover of the song with Halsey and John Mayer.

Now a source has told The Sun:

"Diplo is a big Spice Girls fan and wants to introduce their music to a new generation. There is so much renewed interest in the girls ahead of the tour and he has reworked one of their best-known songs for a 2019-style tune. The girls gave their approval after hearing it and are all excited about its release."

The Spice Girls have previously said that there would not be any new songs for the tour, The Sun reports. However, I have a sneaky suspicion that, if this new Wannabe track is the song of the summer, it may be performed. Perhaps even with a cameo appearance from Diplo? I don't know about you, but I'm so ready for that.

I have reached out to reps for both the Spice Girls and Diplo to ask about the new Wannabe song, and to see whether it will be performed on the girl's tour. I will update you when I hear back.

Major Lazer frequently sample tracks in their songs. Their 2017 hit Run Up with Nicki Minaj and PARTYNEXTDOOR was a sample of Beenie Man's Better Learn. Diplo is also the mastermind behind M.I.A.'s Paper Planes, which samples a song by The Clash. In an interview with Wired he said: "When [Major Lazer] sample I [always] try to be making statements." He went on to say: "[T]he goal is to try to reach people and give the song more depth."

The Spice Girls are notably a member short this time around, with Victoria Beckham not partaking in the 2019 tour. Since Posh Spice has become a style icon and designer extraordinaire in the last few years, its safe to say she's juggling a lot at the moment. She did send the girls some good luck wishes, though, uploading a post to Instagram with the caption:

"I won't be joining my girls on stage again but being in the Spice Girls was a hugely important part of my life and I wish them so much love and fun as they go back on tour next year. I know they will put on an amazing show."