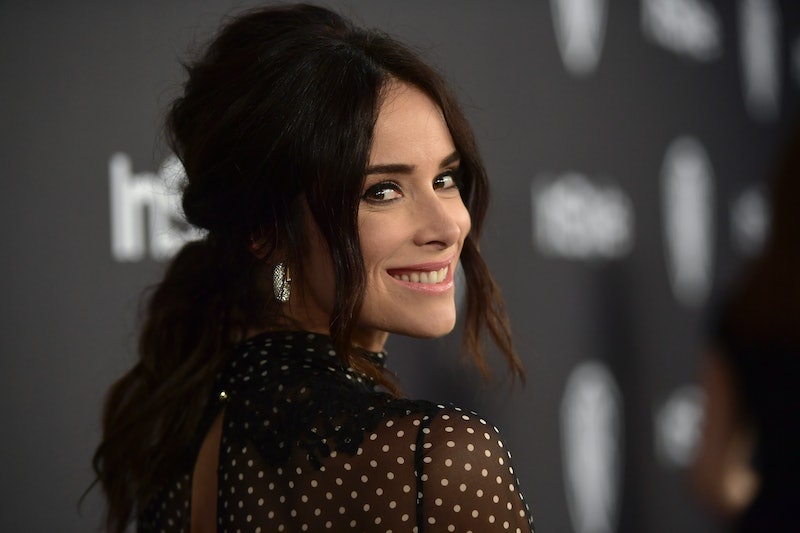 As Grey's Anatomy celebrates becoming the longest-running medical drama TV series last week, it is welcoming back a character from the past. Actor Abigail Spencer announced her return to Grey's Anatomy on Twitter Tuesday, sharing a picture of her sporting scrubs and her character's notable red locks. "Red hair. Super care. Megan Hunt is baaaaack!" Spencer tweeted. Creator Shonda Rhimes also confirmed the news on her own feed. Spencer will be reprising her role as Megan Hunt, long-lost sister of Owen (Kevin McKidd). Details about her storyline are unknown, but Spencer is scheduled to come back for an episode this spring.

The last fans saw of Megan, she was headed to Los Angeles with fiancé Nathan Riggs (Martin Henderson) and son Farouk. Spencer had a five-episode arc last season that revolved around Megan's return to civility after a 10-year disappearance. Bridget Regan originated the role in Season 13, before Spencer took her place due to scheduling conflicts. Megan had been held captive in a war zone where she acted as a trauma surgeon. Upon her return to her brother and Grey Sloan Memorial Hospital, relationship drama and a complicated injury followed her. (As often happens for those in the Grey's universe). While her storyline may have seemingly been tied up in Season 14, it makes her series comeback all the more intriguing.

Spencer's return to the ABC drama isn't the only high-profile invite she's received recently. Royal family watchers may associate the actress with another famous Meghan — Meghan Markle, Duchess of Sussex that is. Spencer frequents the same inner circle as Meg's other famous pals including Serena Williams and Priyanka Chopra. Not only does she have a role on Markle's former series, Suits, playing attorney Dana Scott, but she also attended the Royal wedding last May and escorted Markle on her highly-publicized trip to New York for her baby shower in February. (The amount of palace tea Spencer must have is next level.) Spencer was also a lead on the NBC series Timeless, which ended in 2018, indicating her dance card might be almost always full.

Grey's Anatomy, then, is a natural fit for the actor. In the thick of its 15th season, and gearing up for a likely 16th, the show has mastered the ability to juggle a rotating cast of characters. When the writers decide to bring one back into the fold, the reasons are almost always surprising. Could Megan weigh in on the ongoing drama between Owen, Amelia, and his pending adoption of Leo? Megan adopted her own son, bringing experience to the situation. Will Megan and Nathan's relationship be on the rocks? The couple saw their fair share of ups and downs last season—and Martin Henderson's return has not yet been confirmed. Megan's initial arrival stirred up major drama, so her second entrance is bound to do the same, right?

Knowing, loving, and (occasionally) being frustrated with the show over its 15-year run, Abigail Spencer's new stint as Megan is bound to bring more questions than answers. One thing not up for debate? Spencer is more than ready to return to Grey Sloan Memorial.