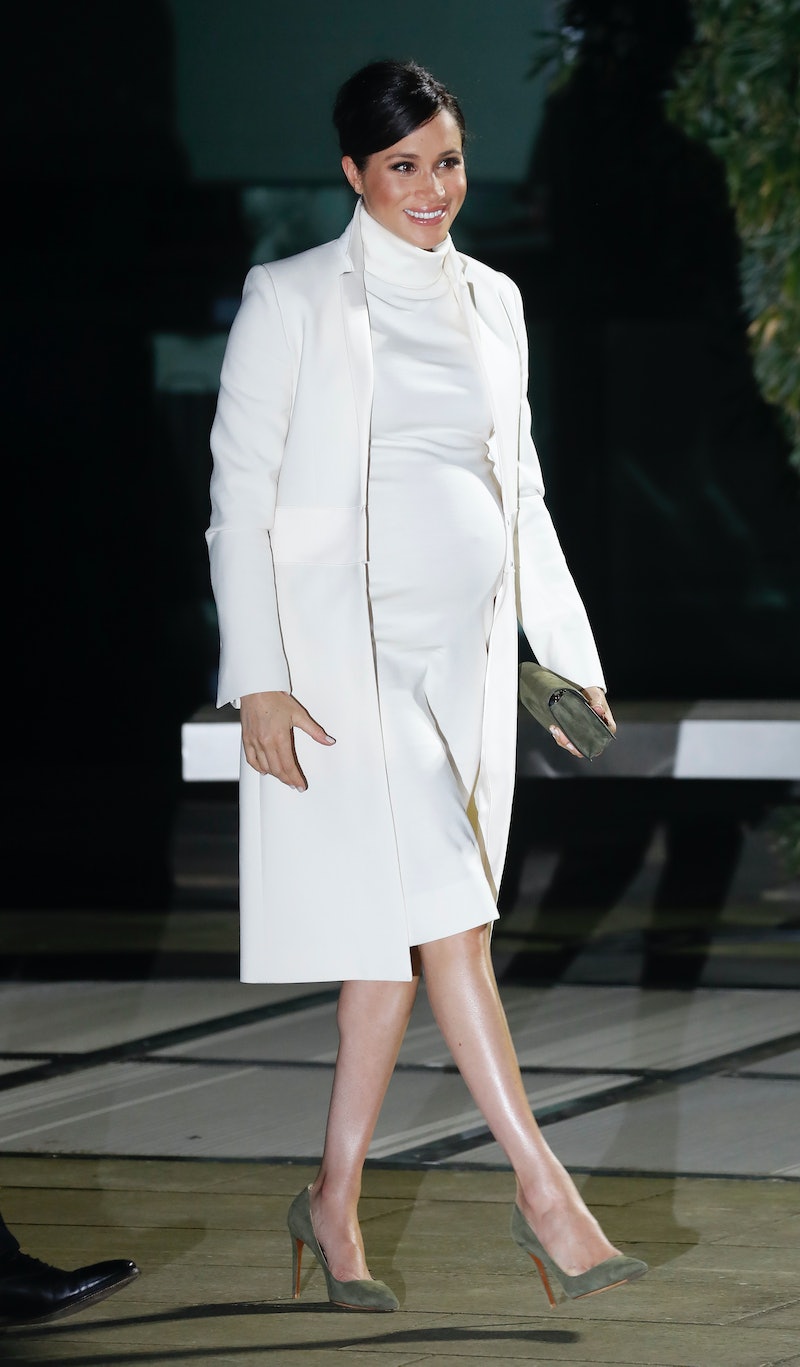 Her Royal Highness of Pearson Spencer Litt is apparently having a not-so-secret baby shower, and she is apparently having it soon. According to Harper’s Bazaar, Meghan Markle’s baby shower is reportedly set to take place in New York City on Tuesday, Feb. 19. Yes, according to the reports, a royal baby shower is happening tomorrow. The Duchess of Sussex has been in NYC since Friday, and the outlet's insiders said there will be 15 guests at the event. And duh, the location is private.

One source told Harper’s Bazaar that this visit to the Big Apple has been "a lovely chance to catch up with friends and spend time in a city she loves" and "will be the last time a lot of them will see Meg until after the baby is born so it's nice to share precious moments." Well, I don't know about you, but I can't not see the words "precious moments" without automatically picturing a curio cabinet full of Precious Moments dolls. Oh, and now I am imagining a Precious Moments-themed royal baby shower? OK, this digression needs to stop now before it really spirals.

After Kensington Palace announced the Duke and Duchess of Sussex were expecting a baby in the Spring of 2019, some wondered if Los Angeles-born Markle would — or even could — have a baby shower. Baby showers are a common American custom, but they are not as big of a thing in the U.K. As royal expert and commentator Victoria Arbiter explained to E! News in 2012 when Kate Middleton was pregnant with her first kid, "No, the Brits don't do baby showers. It is not what they do."

Again, while it may not be everyone's jam, a party for the royal mom-to-be is not totally forbidden. As British and European royalty expert Marlene Koenig said to Harper’s Bazaar,

"I would not be surprised if the Duchess of Sussex's American and Canadian friends might do something and throw her a shower, thus maintaining the North American tradition. In fact, there is nothing stopping them from hosting a shower."

Now, if Duchess Meghan did decide to accept gifts at her baby shower, she could do so (as long as the gifts adhere to the royal family's gift rules, that is), but uh, it sounds like that move may not sit well with some etiquette experts? As Koenig told Harper's Bazaar, "Meghan and Harry are very wealthy. [They] can afford the decorating of their nursery."

OK, but what is the royal policy on photos taken at a royal baby shower? Will the public get to see those pictures? Because that is my number one concern. I would like to see at least one snapshot of this precious moment.