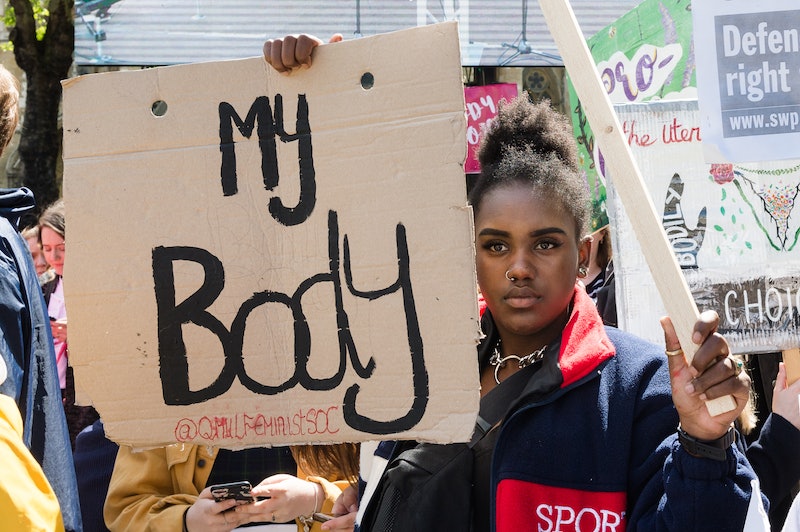 The passage of the last 10 years might feel more like a century than a single decade. From the Obama years to the 2016 rise of President Donald Trump, the nation has experienced a tug of war between progressive and conservative beliefs. No topic better reflects this battle than the reproductive rights movement. The last decade in abortion rights shows an effort by anti-choice lawmakers to return to a pre-Roe America, in spite of the millions of citizens who support a person's right to choose.

Since Roe v. Wade, over 1,000 abortion restrictions have been passed in states across the country — and in the last year alone, efforts to undermine Roe have reached new heights. This legislation has been spearheaded by anti-abortion politicians, many of whom have explicitly stated their intent to leverage the passage of these laws to challenge the precedent of Roe at the federal level.

The next decade will be a monumental one for abortion rights, and the stakes have never been higher. But in order to move forward, it's necessary to look backward to fully understand how a movement came to be. Here's a breakdown of significant milestones for abortion rights in the last decade.

During the 2010 midterms, conservative, anti-abortion politicians gained control over state legislatures, governorships, and the House of Representatives. This laid the groundwork for the anti-abortion legislation that would then define the decade.

"When I think about the [last] decade, I think of 2010 and 2019," Elizabeth Nash, senior state issues director for the Guttmacher Institute, says. "The 2010 midterms changed policy at the state level, which led to a wave [of abortion restrictions]. ... You can see that those elections reflected a very large shift to the right in state [and federal] legislature."

Alexis McGill Johnson, acting president and CEO of Planned Parenthood Federation of America and the Planned Parenthood Action Fund, points out the far-reaching implications of those elections: "After the 2010 midterms, politicians across the country redrew political districts, creating extreme — and often illegal — maps that took power away from voters." She adds, "Many of these abortion restrictions are what happens when mainly older white men hold disproportionate power."

In 2011, the newly Republican-controlled House defunded Planned Parenthood in an amendment tacked onto that year's spending bill. Later on that same year, at least three governors signed similar bills barring funding for Planned Parenthood, according to NPR.

Also that year, legislators introduced over 1,100 reproductive health and rights-related provisions in all 50 states, per the Guttmacher Institute. At the end of the year, 24 states had enacted 92 abortion restrictions, which included banning abortions at or beyond 20 weeks in Alabama; requiring waiting periods for women seeking abortions in South Dakota; prohibiting state insurance policies from covering abortion in Ohio except in case of life endangerment; and more.

2012-2013: 65 More Abortion Restrictions Are Passed In States Across The Country

At the federal level, Republicans introduced a bill banning abortion at or beyond 20 weeks to the House of Representatives in June 2013. The bill passed the GOP-controlled House and was introduced to the Senate by Sen. Lindsey Graham, but it failed to receive enough votes to pass federally.

By the end of 2014, 13 states had enacted abortion bans at or beyond 20 weeks of pregnancy, per Planned Parenthood. In total, 15 states enacted an additional 26 abortion restrictions for the calendar year.

In 2015, two high-profile court cases revealed how severely people in America can be punished for seeking to end a pregnancy.

In December 2015, a 31-year-old Tennessee woman named Anna Yocca was arrested for attempting to self-abort her 24-week pregnancy with a coat hanger. Per The New York Times, she was jailed for a year after an initial charge of attempted murder; in 2017, she pleaded guilty to a felony (attempted procurement of a miscarriage) in exchange for being given credit for time served in prison, and was released from prison.

In April 2015, a 33-year-old Indiana woman named Purvi Patel was sentenced to 20 years in prison for feticide and neglect of a dependent after allegedly self-inducing an abortion. Patel was the first American woman to be charged, convicted, and sentenced on a feticide charge, per NBC News. In response to the sentencing, Lynn Paltrow, executive director for National Advocates for Pregnant Women, said in a statement, “What this conviction means is that anti-abortion laws will be used to punish pregnant woman."

A year later, Patel's conviction was overturned by the Indiana Court of Appeals, which reduced Patel's prison sentence by at least half, even though the court upheld a lower-level felony neglect of a dependent conviction. Patel is still in prison.

The year 2016 marked a landmark victory for anti-abortion crusaders, in the election of President Trump. During his first presidential campaign, Trump promised voters a number of anti-abortion measures, and even suggested there be punishments put in place for those who seek abortions.

During that same time, a 2016 Supreme Court decision marked a significant victory for those on the other side of the reproductive rights battle. In 2016, the Supreme Court struck down a 2013 Texas law that required all Texas facilities performing abortions to meet hospital-like standards. This case, Whole Woman's Health v. Hellerstedt, is considered the most significant reproductive rights ruling since Roe because of how many abortion providers the law could have threatened.

Still, a new abortion restrictions case called June Medical Services v. Gee threatens to overturn the ruling in Hellerstedt. It will be brought before the Supreme Court in March 2020.

2017-2018: Trump Appoints Two Conservative Judges To The Supreme Court, Solidifying A Majority On The Bench

Though Gorsuch has previously stated Roe is "the law of the land," and Kavanaugh said during his confirmation process that he intended to uphold the "precedent" of Roe, many are still worried that the conservative majority on the bench could prove to be an anti-abortion majority during the next landmark abortion case for the Supreme Court.

In March 2019, the Trump administration announced it would bar clinics like Planned Parenthood from receiving Title X funding if they informed patients about abortion options. The Title X Family Planning Program is a federal grant program for family planning services and preventive health services; the Hyde Amendment has long prohibited Title X funding from being used for abortion services.

Though the gag rule has been met with multiple challenges in court, many states no longer use any federal funding for their reproductive health services. Some states, like New York, Maryland, Massachusetts, and Hawaii, appropriated state funds to compensate for the lack of federal funding.

2019: Alabama Signs Most Extreme Anti-Abortion Law In Any State Since Roe v. Wade

In May 2019, Alabama Governor Kay Ivey signed the most extreme anti-abortion law in any state since Roe, according to the Guttmacher Institute. The law marked a near-total ban of abortion, criminalizing the act even in cases of rape and incest. The bill would also make it a felony to perform an abortion in the state of Alabama, punishable by life or 10 to 99 years in prison. The bill was immediately challenged by reproductive rights groups like ACLU Alabama, and abortions are still available in the state.

In a statement following the signing, Ivey acknowledged that the law might be "unenforceable" under Roe, and that she signed the bill with the direct intention of challenging the Supreme Court to "revisit" Roe.

For Yamani Hernandez, executive director of the National Network of Abortion Funds, there's a silver lining to the Alabama ban, and other similar bans like it. "Abortion funds became a household name this year after the Alabama ban." Such funds include the ACLU, the Yellowhammer Fund, to name a few; these funds, as well as the National Network of Abortion Funds, work to remove financial and logistical barriers keeping women from safe and legal access to abortions. What's more, they were front and center in the battle to protect reproductive rights throughout 2019.

2019: Six States Have Only One Abortion Provider Left

2019 marked the closing of dozens of abortion providers and clinics across the country. There are now six states that have only one abortion provider, as of December 2019: North Dakota, South Dakota, West Virginia, Mississippi, Kentucky, and Missouri. The future of Missouri's last clinic will be decided in a court ruling next year.

2019: More Pro-Reproductive Rights Legislation Was Enacted In The First Six Months Of 2019 Than Anti-Abortion Legislation

As of November 2019, the Guttmacher Institute reports that there were 58 abortion restrictions enacted across the country this year, 25 of which would ban all, most, or some abortions. But there were also efforts to protect and expand abortion access in 2019, too.

Looking to 2020 and the next decade, there are a number of ways you can stay involved and engaged in the fight for reproductive rights.

"Donating and becoming a member of your local abortion funds is one powerful and transformative way to help, but there are many more," Hernandez says. She suggests "volunteering with your local clinic, joining other organizers in your community to demand action from your representatives, voting for candidates who fight for reproductive justice, and staying informed and raising your voice about this issue."

Given how much can happen at the state and federal level at any given moment, it's not always easy to stay 100% up-to-date on every single restriction or expansion that passes. Nash offers a few ways to overcome this challenge. "In my mind, the way to keep up with things is to engage with the reproductive health community," Nash suggests. "Engage with the organizations that work on these issues, particularly at the local and state levels. Because they're the ones that are going to know what’s happening in your state and in your city."

"If the last decade has shown us anything, it’s what the power of advocacy for reproductive health, rights, and justice can accomplish even in the face of the most hostile attacks," says McGill Johnson. "Going into this next decade, we know our movement will continue to build momentum and power around reproductive rights."