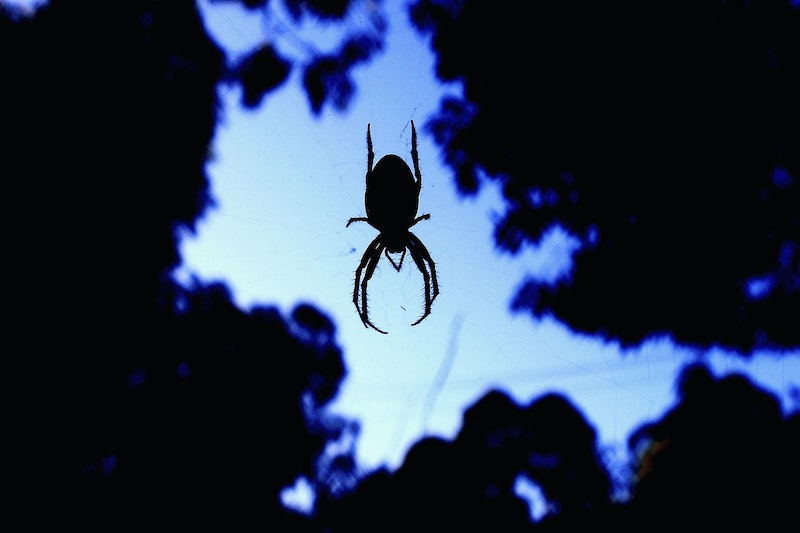 Halloween is in the air (and filling up the holiday aisles of most big-box stores), meaning that we all have easy access to those infamous faux tarantulas and creepy plastic bug decorations meant to terrify arachnophobes and the easily-startled alike. But fair warning to anyone who lives in and around Philadelphia and happens to be afraid of insects: If you happen to spot a hairy, out-of-place-looking tarantula, don't be so quick to assume it's a fake. According to reports, 7,000 bugs were stolen from a museum in Philadelphia — yes, live bugs, some of them venomous — including cockroaches, scorpions, several species of tarantulas, and much more. Cool. Very chill situation. And things are getting pretty serious: As of this weekend, the FBI has reportedly gotten involved, too.

The heist reportedly took place over the course of several days in late August at the Philadelphia Insectarium and Butterfly Pavilion in Philly. According to reports, once the museum staff noticed scores of empty enclosures and missing creatures, they turned to security camera footage to help them connect the dots. Four employees have reportedly been laid off since the investigation began, and at least one fire-legged tarantula has been returned to the museum after being found in one of the former employees homes, according to the Anchorage Daily News.

But what about the other nearly 7,000 other missing critters? The museum's collection appears to have been more or less decimated, with reports claiming that nearly 90 percent of the insects in its collection are now missing. According to the Anchorage Daily News, all but one floor of the museum has had to close down in the aftermath of the heist. This may even be the largest theft of it's kind in history, according to Dr. John Cambridge, the chief executive of the insectarium, who told the Washington Post: "This is the largest living insect heist we've been able to find[.]" Yikes.

Also of note, one of the spiders stolen from the insectarium is apparently the most venomous spider on the planet, according to Inside Edition — a species called the six-eyed sand spider, who apparently bury their bodies underneath sand in preparation for a surprise attack on whoever is unlucky enough to cross their paths. "If it was to bite someone ... it could rot twenty-five percent of their body," Cambridge told Inside Edition of the deadly spider. Chill, very chill. I'm not freaking out at all.

While these thousands of living insects apparently go unaccounted for (seriously, where the heck are they?), the investigation carries on. Now, even the FBI has reportedly gotten involved.

Now the question on the minds of the museum staff and so many other people is... why? Well, since no one knows with absolutely certainty at this point, there are all different theories floating around. But, most likely, the reason may have been money: According to the Huffington Post, the collection of creatures is apparently worth up to $50,000, and these insects can reportedly be resold. At least that's the theory that Cambridge reportedly believes to be true.

This mind-boggling heist still technically remains a mystery — a slightly terrifying mystery for anyone in and around Philadelphia. But with the FBI involved, there will hopefully be updates in the case soon.