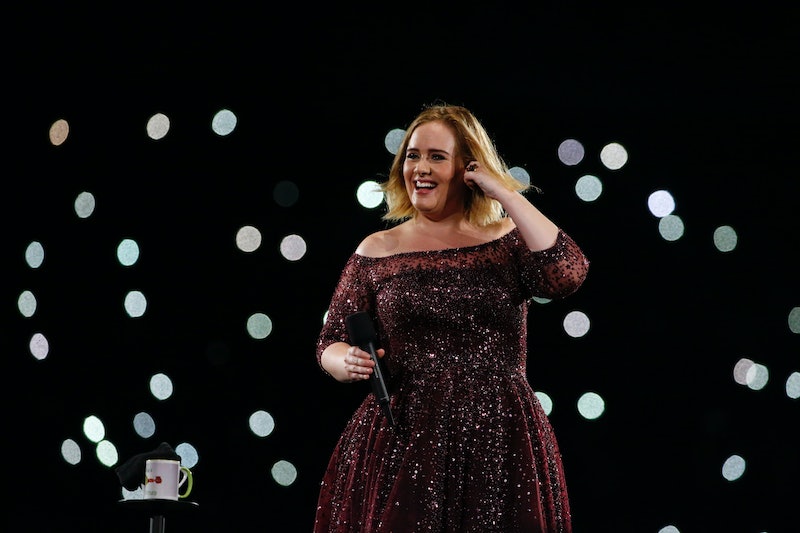 Some years before Adele became one of the most successful solo artists of all time, she was a Spice Girls superfan who would wallpaper her bedroom with pictures of the Spice Girls that she tore out of magazines. Just like the rest of us.

And yes, the Spice Girls are well aware of Young Adele's Spice Girls shrine. The group reposted Adele’s incredible photo on their official Instagram account for all their followers to see, because there's no complication, there's no explanation, it's just a groove on IG. The caption reads, "LOVE YOU @Adele #BornReady #GirlPower." Adele loves the Spice Girls, the Spice Girls love Adele, the girl power levels are through the roof, and this combination of legends has made the headlines, loud and true.

On Monday, Nov. 5, the Spice Girls announced they will reunite and go on tour next year. Well, four of the Spice Girls are set to reunite. Geri Horner, Emma Bunton, Melanie Brown, and Melanie Chisholm will all perform together for the first time since the 2012 Summer Olympics; Victoria Beckham will not be part of the reunion.

If you've even as much as glanced at the Spice Girls reunion rumors that have been zig-a-zig-ah-ing all over the internet for the last several years, then you should not be caught off guard by Posh Spice's absence. She's said over and over again that she will not be going on any sort of Spice Girls reunion tour, no matter how many times Mel B attempted to change her mind. Posh has even gone so far as to try to shut down any whispers about the rest of the group possibly hitting the road together at some point, but we now know that those whispers were onto something.

Even so, it sounds like there's nothing but love between Posh and the rest of the Spices. Beckham addressed her bandmates' announcement on Instagram, writing,

"Today marks a special day for the girls as they announce the first tour dates since we performed together in 2012! I won't be joining my girls on stage again but being in the Spice Girls was a hugely important part of my life and I wish them so much love and fun as they go back on tour next year. I know they will put on an amazing show and the fantastic fans past and present are going to have a wonderful time!"

The Spice Force Four will play six shows in the UK next June. And it sure sounds like Adele will be there with bells on. Young Adele would be proud.