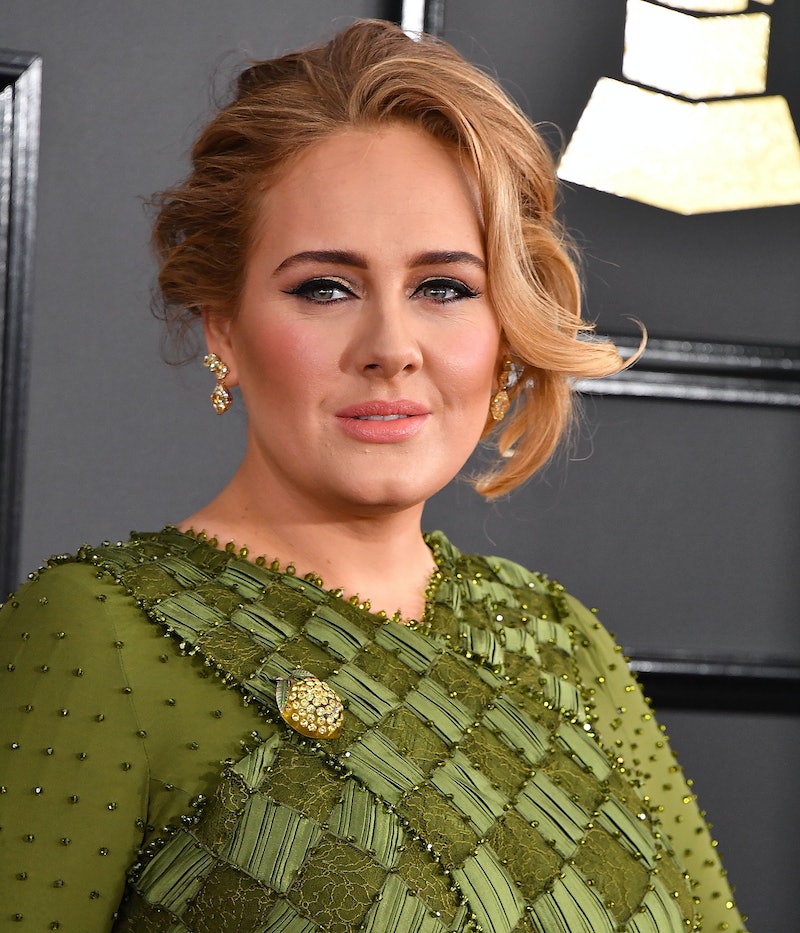 Over three years after the Grenfell Tower Fire killed 72 people in London, artists are still coming together to fight for answers and justice for the many victims. Among them, Adele paid tribute to victims of the Grenfell Tower fire in an emotional video posted on Sunday, June 14. The video was part of a memorial organized by Grenfell United, a group of survivors and family members of victims, to mark the third anniversary of the tragedy, which the singer also posted about on her Instagram account.

In her emotional tribute, Adele reminded viewers that despite having to do the memorial virtually due to the COVID-19 pandemic, it was still just as important to mourn those who were killed in the London fire — if not more vital now than ever. "There has never been a more appropriate time for us to truly exercise camaraderie, and compassion, and open-mindedness, and persistence," she said. "It’s a scientific fact that human beings are pack animals, we’re not supposed to be left on our own. We need each other to survive, and that is something that I truly see in action with the Grenfell community."

The fire was caused by unsafe cladding, and spotlighted how the British working class was often neglected. She continued to demand justice for victims of the fire, saying that "persistence for action" and "answers" are still needed. She added how proud she was to work with the Grenfell United community to fight for just that. "I have never been so moved or so inspired by a group of people before," she added. "Your resilience is second to none."

Adele was just one of numerous important British figures who took part in the memorial. London mayor Sadiq Khan, artist George the Poet, and Stormzy also sent messages of support. "To anyone watching this, let’s use this time, let’s use today to stand in solidarity with them and say that we ain’t forgotten you," the rapper said in his own video. "When the governments and powers that be have turned their back on you, we’re here... we’re not letting this go."

This isn't the first time that Adele has shown up for the community. In 2017, after the fire, the singer visited the site, delivered tea and snacks to firefighters, and appeared at a school attended by many children who were affected by the tragedy. She concluded her message by encouraging more action and saying she "can't wait" to attend an in-person memorial when it's safe to gather. "Although it’s always a very somber event when everyone gets together, it’s also beautiful and the kids are running around," she said. "I’m thinking of you today more than ever. Stay safe, stay healthy."

More like this
What Is Shakira’s Net Worth? These Figures Definitely Don’t Lie
By Maxine Harrison
Michael Bublé Fans Are Raging After They Missed His Gig Due To Traffic Jams
By El Hunt
George Ezra’s “Green Green Grass” Was Inspired By A Special Christmas Memory
By Frances Stewart
Robbie Williams’ Fortune Has Some Pretty Surprising Origins
By Rachel Mantock
Get Even More From Bustle — Sign Up For The Newsletter