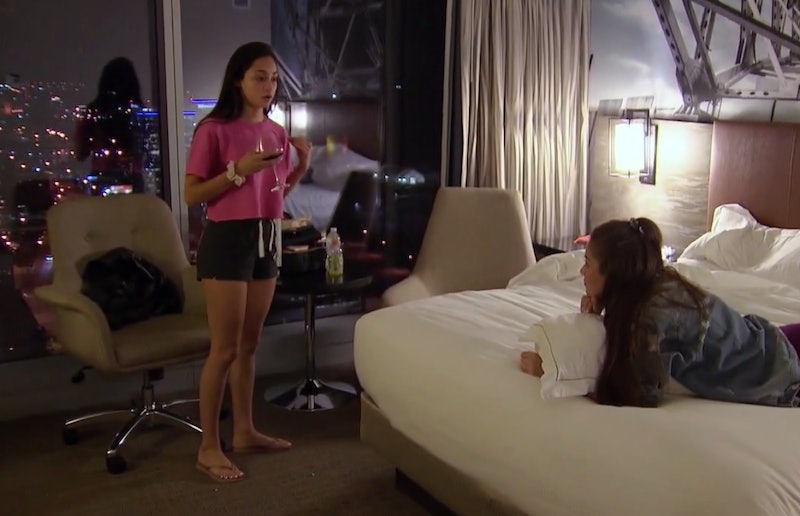 After putting out the fire that was a surprise appearance from her ex Chase Rise on The Bachelor, Victoria F. was happy to put that experience behind her. But Alayah had other plans. The former pageant queen returned to the show after being eliminated last week, which gave her just enough time to scroll through the internet and bring back the drama-stirring receipts about her fellow contestants.

She hadn't been reunited with the girls for five minutes before she told one of them everything she saw about Victoria F. and Chase on social media, and naturally, it didn't take long for the gossip to get around. But Victoria refused to let it linger — she confronted her with absolutely no fear, and Alayah's response was... unfounded.

"I had no idea that nobody knew," Alayah said. "It was literally all over the place." That claim doesn't make a whole lot of sense, considering no one on the show had access to smartphones or the internet, so there's actually no way they could've found out. Victoria wasn't having any of it. "That's something very personal to me, and the fact that you think it's OK to go around to other girls and not come to me first is absurd."

Alayah continued to act clueless. "You're manipulative," Victoria said. "You're fake, and I'm not. And you may think that you're safe because you came back and you got a group date rose, but I have some very choice words to say to Peter, and he's gonna know who you are as a person."

Victoria wasn't the only one to call Alayah out. The other girls did, too, still heated that she had ruined their group date earlier in the week by showing up unannounced and taking up all of Peter's time. They told her she came back just to be on the show, an accusation that Alayah denied, insisting that she was there to clear her name. The girls suggested that if that was the case, she could've waited to do that at Women Tell All, and they're kind of right. In a normal season, that's exactly what would have happened. But it's clear by now that this is not normal season of The Bachelor.

The heated debate ended with Alayah storming off, presumably to go talk to Peter again, who is obviously not equipped to deal with all of this drama. The supertease for the next coupe episodes seemed very, every dramatic and tearful, so this mess isn't getting cleaned up anytime soon.