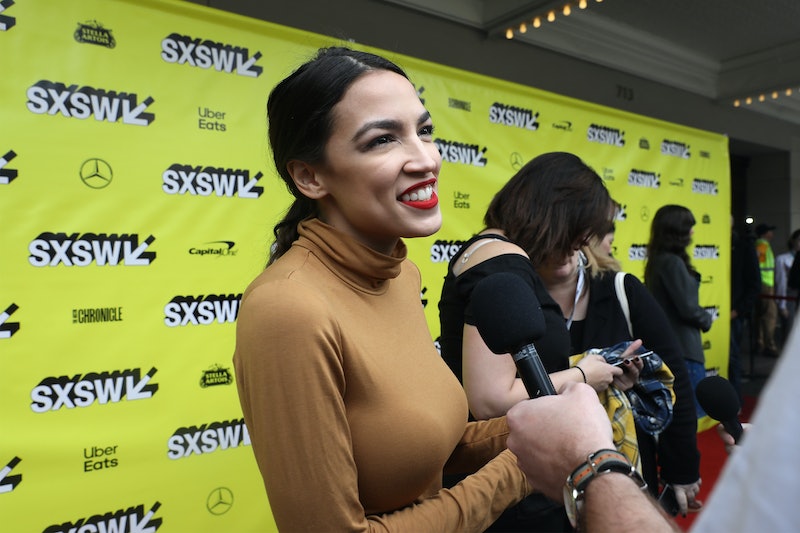 "The last guy who underestimated me lost," Ocasio-Cortez told Newsweek. "That’s all I gotta say about that."

She's referring, of course, to her upset primary victory over former Rep. Joe Crowley in 2018. A moderate Democrat first elected to Congress in 1999, Crowley was a high-ranking member of Democratic leadership in the House, and his congressional seat was widely considered "safe" when he ran for reelection in 2018.

Ocasio-Cortez, by contrast, was a bartender and member of the Democratic Socialists of America who'd never served in public office. But in a victory that stunned political observers across the country, she defeated Crowley by 15 points in the Democratic primary (and, incidentally, won the Reform Party's nomination in a neighboring congressional district in which she wasn't even running). Ocasio-Cortez sailed to victory in the general election, becoming the youngest woman and the first of two DSA members, along with Rashida Tlaib, to be elected to Congress.

Since then, the Queens lawmaker has used her newfound national profile to elevate various progressive causes. The most notable of them is the Green New Deal, an ambitious proposal to tackle global warming and income inequality in one fell swoop. In February, Ocasio-Cortez introduced a resolution outlining the goals and general strategies of her Green New Deal plan, and several Democrats running for president in 2020 have endorsed the plan. That, in turn, drew the attention of Trump.

“A young bartender, wonderful young woman, the Green New Deal. The first time I heard it, I said, ‘That's the craziest thing,'" Trump said at a fundraising dinner for the National Republican Congressional Committee, according to Newsweek. "Don't kill it, because we want to be able to run against it. If [Democrats] beat me with the Green New Deal, I deserve to lose.”

Of course, Ocasio-Cortez is not a bartender any more than Mike Pence is a radio host. Trump isn't the first conservative to attempt to disparage her by wrongly suggesting that she still works behind a bar, but make no mistake, although she has spoken about how working in a bar prepared her for U.S. politics, Ocasio-Cortez is most definitely a congresswoman, not a bartender.

In addition to tending bar, Ocasio-Cortez also worked in the Senate office of the late Ted Kennedy, where she handled immigration and foreign policy matters, before entering Congress.