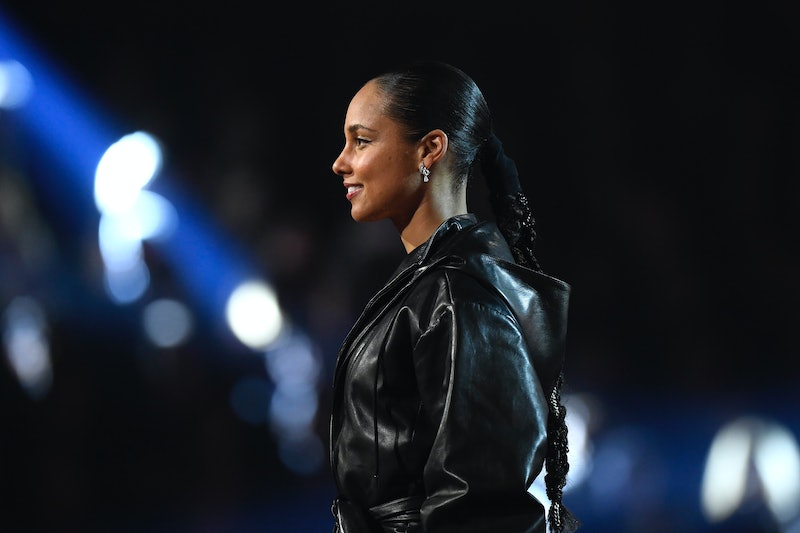 Singer-songwriter/producer Alicia Keys has dominated the music scene since she released her first album, Songs in A Minor, in 2001. She was most recently the host of the 2019 Grammy Awards Ceremony. At the time of this writing, Keys has an impressive 15 Grammy Awards, making her one of the most-decorated Grammy Award winners of all time.

A judge on The Voice since 2016, Keys has made headlines in recent years for her decision to wear no makeup in the majority of her public appearances. Asked about that decision by Howard Stern, who claimed to have seen her applying makeup before an appearance on his show, Keys replied, "I do what the f--- I want." I stan a legend.

Alicia Keys's autobiography, More Myself, will include accounts from Keys's life, written by both herself and the people who know her best. "The result is a 360-degree perspective on Alicia's path," the Flatiron Books press release states, "from her girlhood in Hell's Kitchen and Harlem, to her career as a 15-time Grammy Award-winning artist, songwriter, and record producer, to the process of self-discovery she's still navigating."

'More Myself: A Journey' by Alicia Keys
Amazon

Alicia Keys' autobiography, 'More Myself: A Journey,' is available for pre-order today. The book lands in stores on Nov. 5, 2019.

Keys and Winfrey have each expressed their excitement over this new publishing partnership. On Wednesday, Keys tweeted about Winfrey: "My sister, mentor & the QUEEN herself helped me share my journey!" Winfrey said in a statement that she "could feel the power of Alicia’s presence even before she belted out the first soulful notes of the lyrics that made her famous—'I keep on fallin’ in and out of love with you.’ I knew she had all those sparkling qualities that make stars shine.... I am honored she chose to share her personal story through my imprint."

More Myself will be the first title published by An Oprah Book that was not written by Oprah Winfrey. The imprint previously released Winfrey's cookbook, Food, Health & Happiness: 115 On-Point Recipes for Great Meals and a Better Life, in 2017. An Oprah Book has acquired another title, Maria Smilios' The Black Angels: The Untold Stories of the Nurses Who Helped Cure Tuberculosis, which does not have a release date at this time.

You can pre-order Alicia Keys's More Myself: A Journey today from your favorite bookseller. Pick it up in stores on Nov. 5.